His name is Tony Alsup but you could call him Noah.  But instead of an Arc, he uses a bus.

Alsup refuses to see anyone left behind during natural disasters, especially animals.

That’s why this Greenback, Tennesee man transformed a bus into a mobile animal shelter to pick up all the “leftover” pets that animal shelters were unable to place before they evacuated for hurricanes like Florence and Harvey.

He recently traveled from his home in Tennessee to South Carolina to save more than 60 animals during Hurricane Florence, 53 dogs and 11 cats as of Sept. 16, according to The Washington Post.

“I’m like, look, these are lives too,” Alsup told the publication.

“Animals — especially shelter pets — they always have to take the back seat of the bus. But I’ll give them their own bus. If I have to I’ll pay for all the fuel, or even a boat, to get these dogs out of there.”

“I thought, well what can I do?” he said. “I’ll just go buy a bus.”
This way he could transport the animals to shelters that were vacant or had space. He went on to rescue animals during hurricanes Irma and Maria.

During the most recent hurricane, he put out a blast on Facebook asking to be pointed in the direction of where pets needed help most in South Carolina.

“It’s all true. Tony swooped in at 4 a.m.Wednesday morning to pick up our ‘leftovers’ — the dogs with blocky heads, the ones with heartworm,” the Saint Frances Animal Center wrote on Facebook. “The ones no one else will ever take. And he got them to safety. Not the most conventional evacuation, but surely the one with the most heart.”

That’s because when Tony means no one left behind, he means no one.
“It’s so easy for people to adopt the small pets and the cuties and the cuddly,” Alsup told Greenville News. “We take on the ones that deserve a chance even though they are big and a little ugly. But I love big dogs, and we find places for them.”

Once Alsup rescued the dogs from Hurrican Florence, he drove them to his friend’s shelter in Foley, Alabama.

It was there that Angela Eib-Maddux gave them all baths and fluffy blankets.
The animals would stay with Eib-Maddux until she could find shelters for them or foster homes. And all that was done in a day. 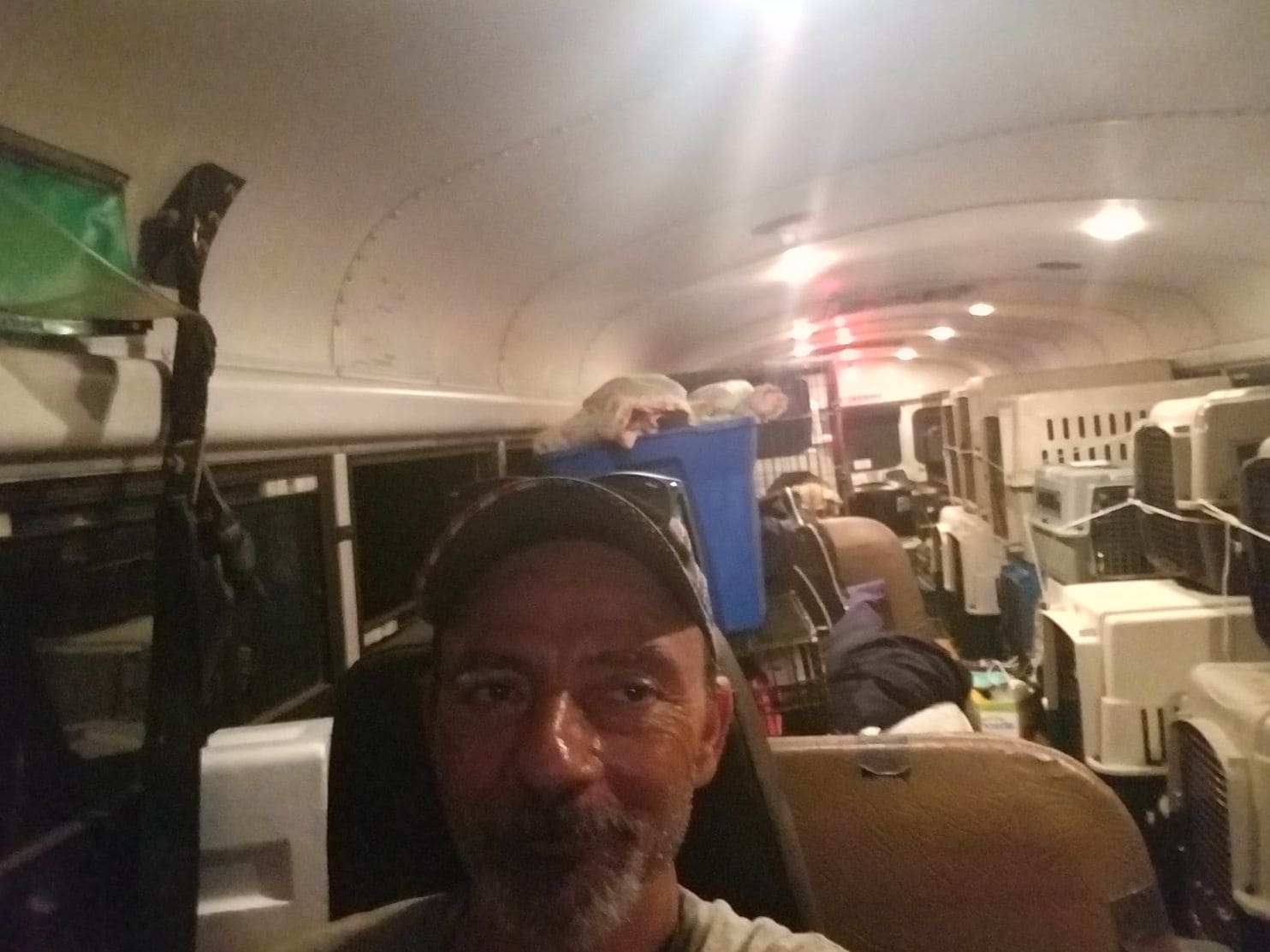 Some of the animals were adopted on the spot. Alsup brought other dogs and cats to Knoxville, Tennesee where he handed off about 40 animals to shelters and volunteers.

He rested up a bit and then headed back toward Wilmington, N.C. to save some more.
He wasn’t sure if it was possible for him to get there with all the flooding but he was sure going to try anyway. No one left behind.

What an amazing man. There are some great people in this world.