28-year-old mom Sarah Fuller asked her parents to babysit her toddler so she could go to work at her job as an insurance coordinator. The grandparents eagerly accepted the chance to spend time with their grandson and give their daughter an opportunity to get back into the workforce. However, the grandparents had failed to baby-proof their home, and as a result, the baby is now scarred for life. 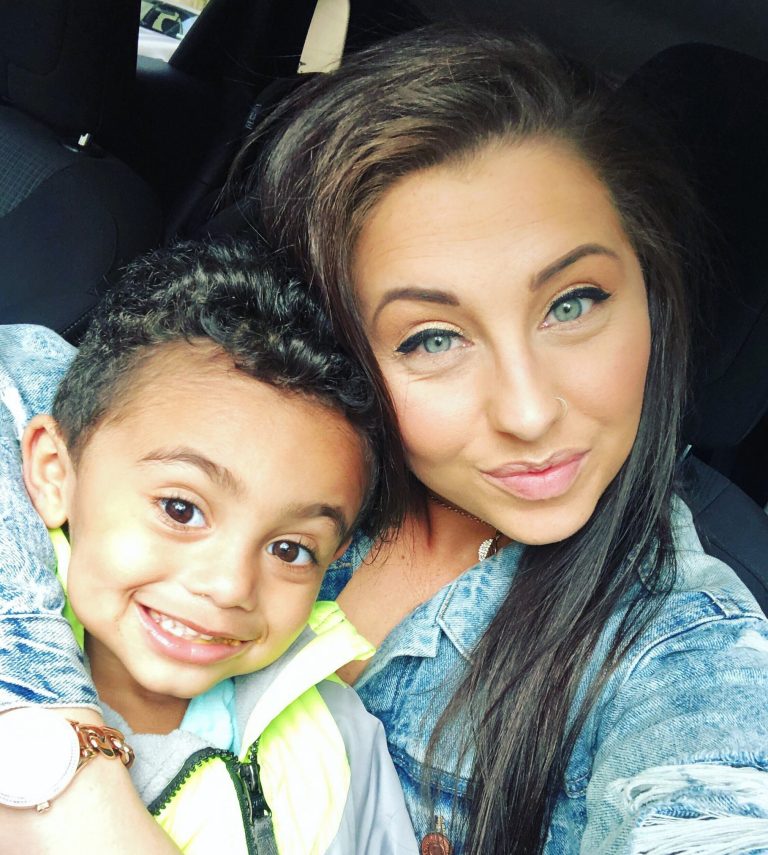 While at work, Sarah received a call from her parents that would change her and her son’s life forever. Over the phone, the grandparents told Sarah that the family’s pit bull Bobo had mauled the toddler and thrust the boy, Micajah, into a struggle for his life.

The dog badly hurt the small boy. Micajah was left with terrible puncture wounds in his cheeks, facial nerve damage and torn gums – yes the dog had used its teeth to hurt the toddler’s gums. 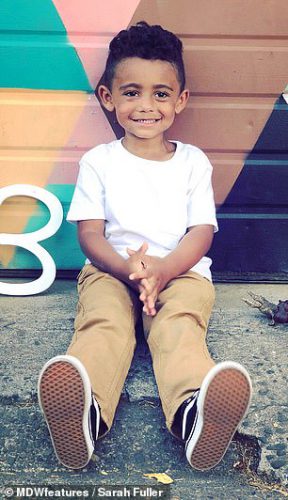 Sarah had no idea that her life would change so drastically on May 12, 2018. But it did, and now her boy will never look the same again.

After her parents called her to tell her the news, she rushed to the hospital as fast as she could.

Sarah said, ‘My son wasn’t in full-time daycare at the time, so I was having him watched by my family. I was actually at work at the time when I got the horrific call from my mum. It was about half one on 12 May when he was attacked by the family dog we had for nine years.” 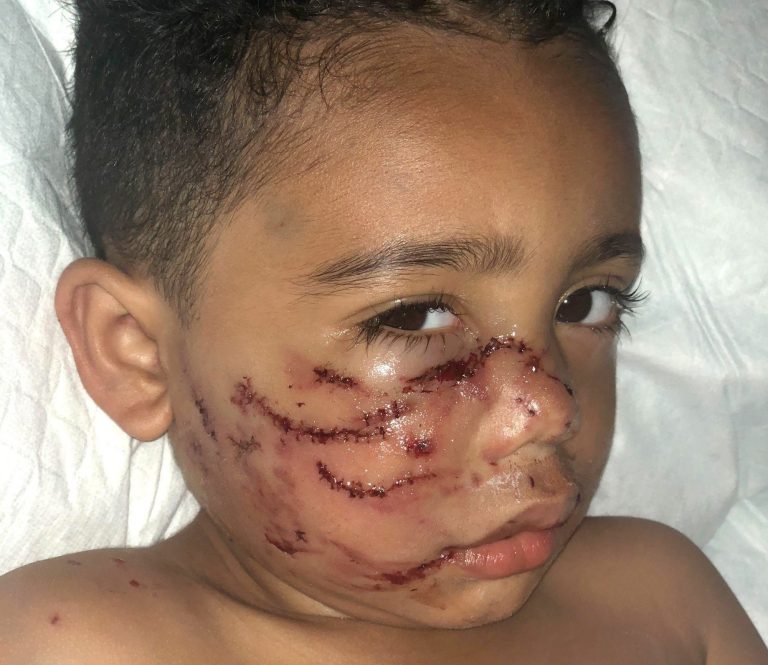 As Sarah walked into the emergency department at the hospital, a nurse pulled her aside and told her to prepare herself. She said that she probably shouldn’t even enter her son’s hospital room until he was bandaged up because the dog attack had left behind shocking wounds.

When she finally went in to see Micajah, she broke down. His face had been destroyed. 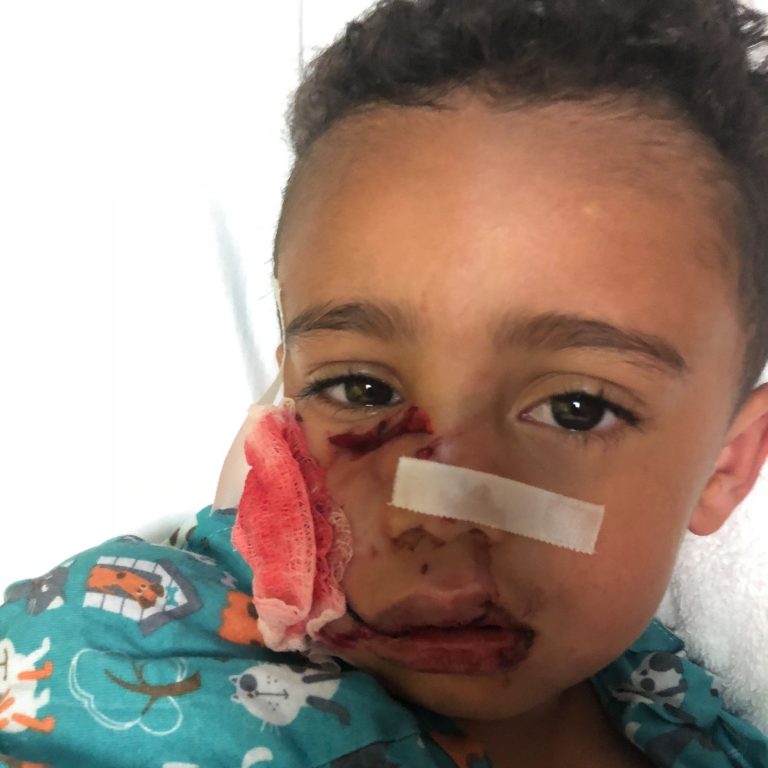 “It was very hard to look at my son after this happened because I just wanted to cry, I felt so hopeless and sad for my son. I held a very positive attitude and knew that it could have been worse, and I’m just blessed he was alive,” she said.

The dog had been in the family for nine years. Even though it had always seemed gentle, the dog attacked three-year-old suddenly and viciously. 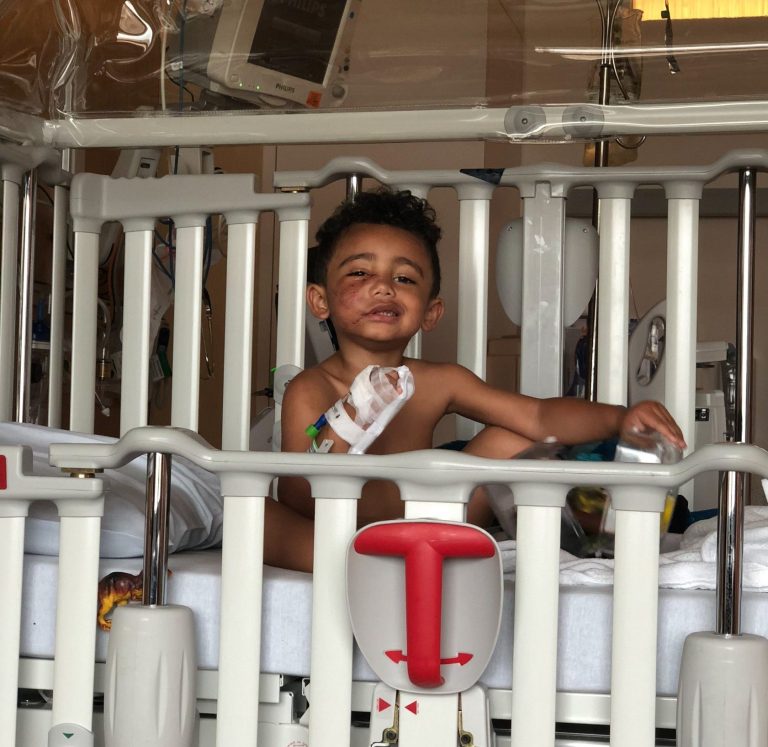 Since the dog attack, Micajah had to have facial reconstruction surgery. Doctors have carefully manipulated the nerves in his face and completed gum grafting. This has left Sarah in need of major support. She set up a GoFundMe account so people could help in her son’s recovery.

“My parents took all liability for the dog attack, but since it’s my parents, I did not sue them. My family means a lot to me, and all I have is my parents,” Sarah said.

Sarah wants people to know that they should be very careful with dogs. 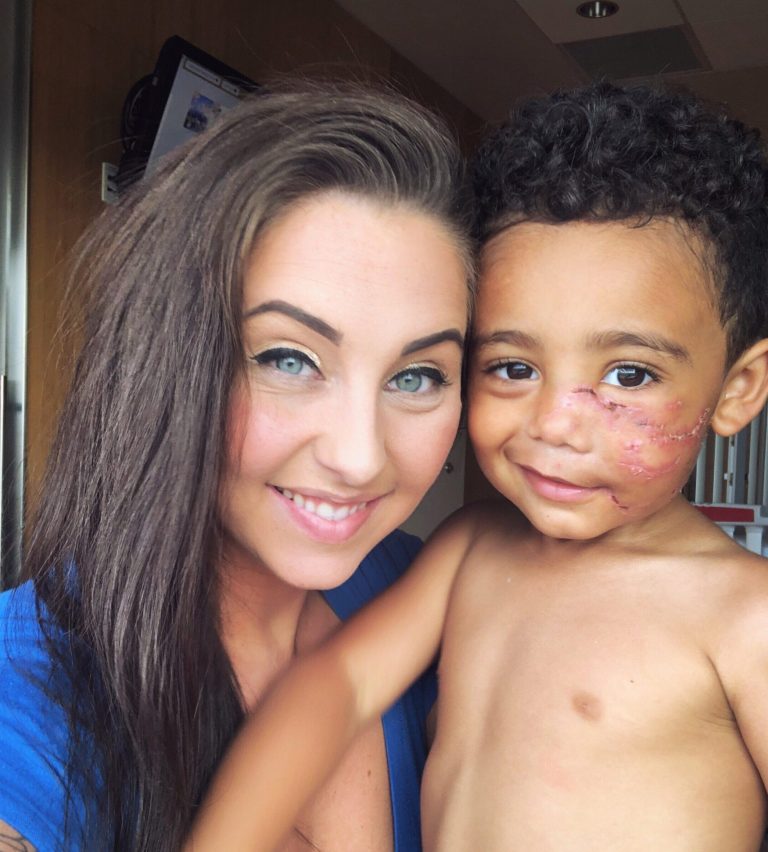