God is our healer and we need to trust in him to take care of us. One teen who was declared “brain dead” just a few years ago has made a miraculous recovery and is now living life to the fullest. Taylor Hale was just 14 years old when she was involved in a serious accident that left her in a coma. Taylor’s parents feared she would never wake up again, but then she shocked everyone when she made a miraculous recovery after her parents said a devout family friend came to the hospital to pray for her healing.

Her story starts back on September 11, 2011, when Taylor was with a group of friends after a football game. One of the teens there said he had to leave, so Taylor and another friend jokingly hopped onto their hood of the boy’s car to prevent him from leaving. At that point, the driver unwittingly began reversing, and Taylor and her friend were thrown off of the hood of the car. Her friend walked away unharmed, but Taylor hit her head on the ground and was knocked out. She was rushed to the hospital where her parents,  Chuck Hale and Stacey Hennigsen, were told their daughter had suffered a traumatic brain injury. Taylor was in a medically induced coma to allow her brain to heal for the next 7 days, but things did not look promising.

Then, six days later, Taylor suffered a brain hemorrhage while she was still in the coma. The hemorrhage resulted in part of her brain sliding into her spinal canal, and doctors said that this was a “point of no return.” But, Jeff Stickel, who is a family friend and chiropractor, came to the hospital after they received the difficult news and wanted to pray for Taylor. He told her parents that he felt God was calling him to help heal Taylor. 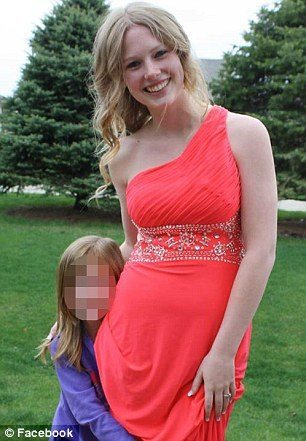 Taylor’s parents told Stickel there was nothing he could do for their daughter, but they still agreed to let him pray with them. Stickel then continued to place his hands on Taylor’s neck and asked God to spare her life. Later that very same day, Taylor was taken off life support, but rather than flatlining, she began struggling to take a breath. Then, over the following several hours, Taylor slowly began to show signs of improvement! Her brain became more active, her eyelids started moving, and she attempted to speak for the first time in a week. “It was the hand of God at work,” said Chuck. “That’s the only thing that can explain it.”

Even though the recovery process was far from easy, Taylor overcame the odds and graduated with her class at Wake High School in 2015. “It was just like a painful, stressful recovery,” Taylor said. “But I pushed through it because you just got to do what you got to do.” Taylor also added: “I’m always thankful to all the doctors and nurses and therapists who helped me get better, but God did most of the saving.” 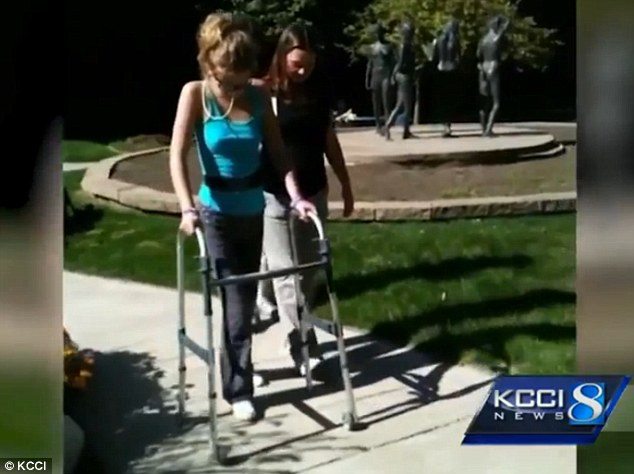 Share this story to inspire your friends with this miracle!