Only 18 people in history are known to have reached a height of 8 feet or more. Measuring in at 8 feet 11.1 inches from head to toe, Robert Wadlow was the tallest man to have ever lived. Even today’s contenders for the title of world’s tallest person don’t come anywhere near his great height. Sultan Kosen, the tallest living man today, would stand 8 inches shorter than Wadlow.

Born an unremarkable size on February 22, 1918, Wadlow showed great growth soon after birth. His elementary school had to make a special desk to accommodate his size, and by age 8, he stood taller than his own father at 6 feet tall. When he joined the Boy Scouts at 13, he had grown to stand 7 feet 4 inches tall, and his uniform required 14 yards of fabric to make! 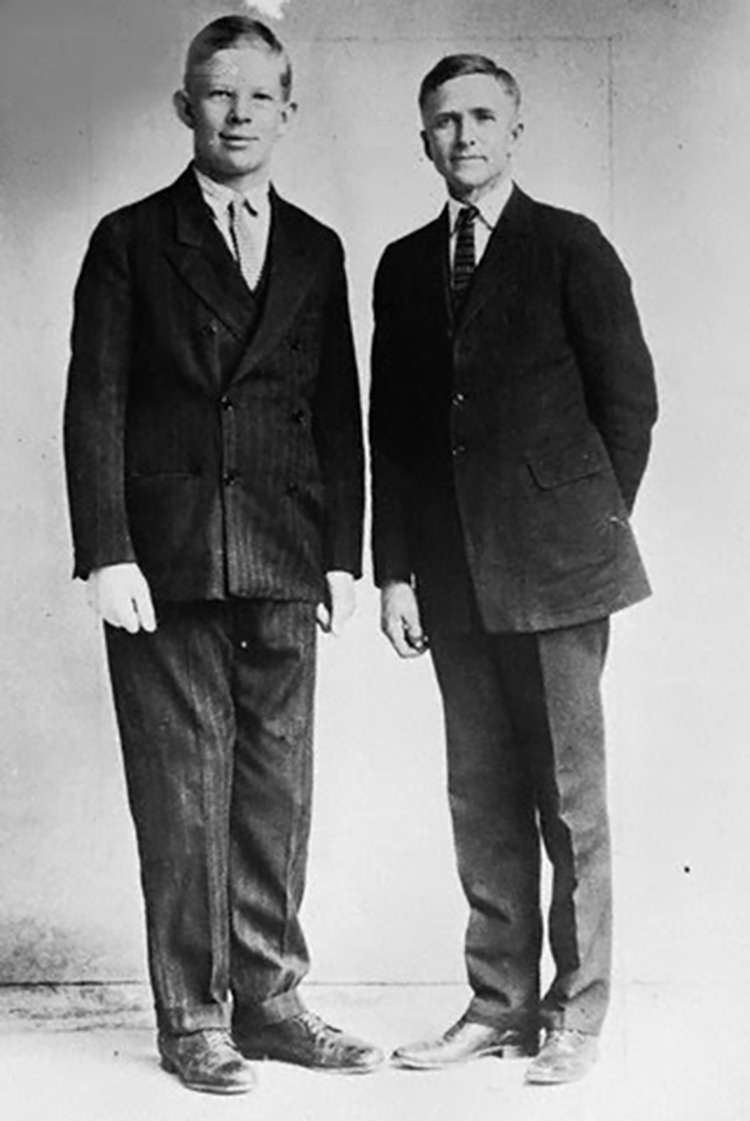 At age 8, Robert Wadlow stood taller than his own father.

Featured in Robert Ripley’s cartoon in 1926 and 1929, Wadlow became known as the “Alton Giant” for his hometown of Alton, Illinois. He was 8 feet 4 inches when he graduated high school and soon toured the country with the Ringling Brothers Circus. 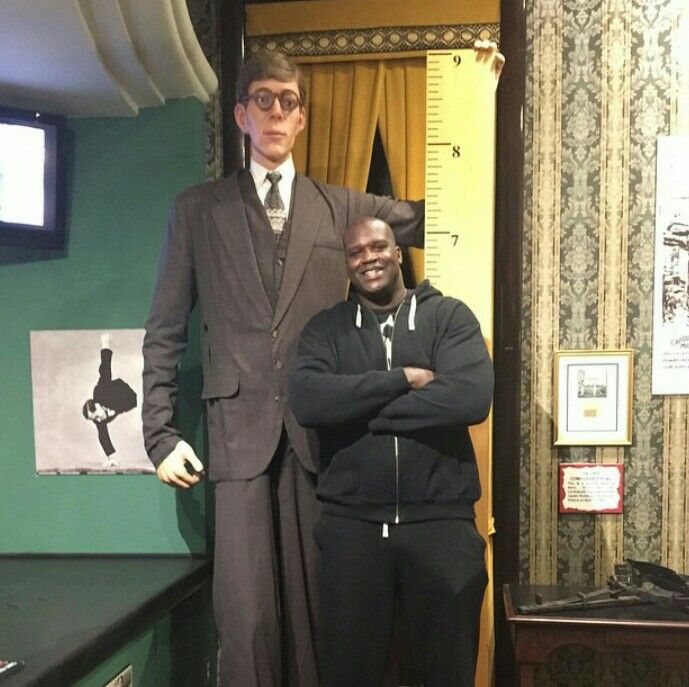 Wadlow could only travel by a specially built car that had its seats removed to accommodate his large legs. In fact, Wadlow had amany items customized due to his height. Not only were his clothes and walking cane unusually large, but so was his chair, shaving brush, lighter and shoes. 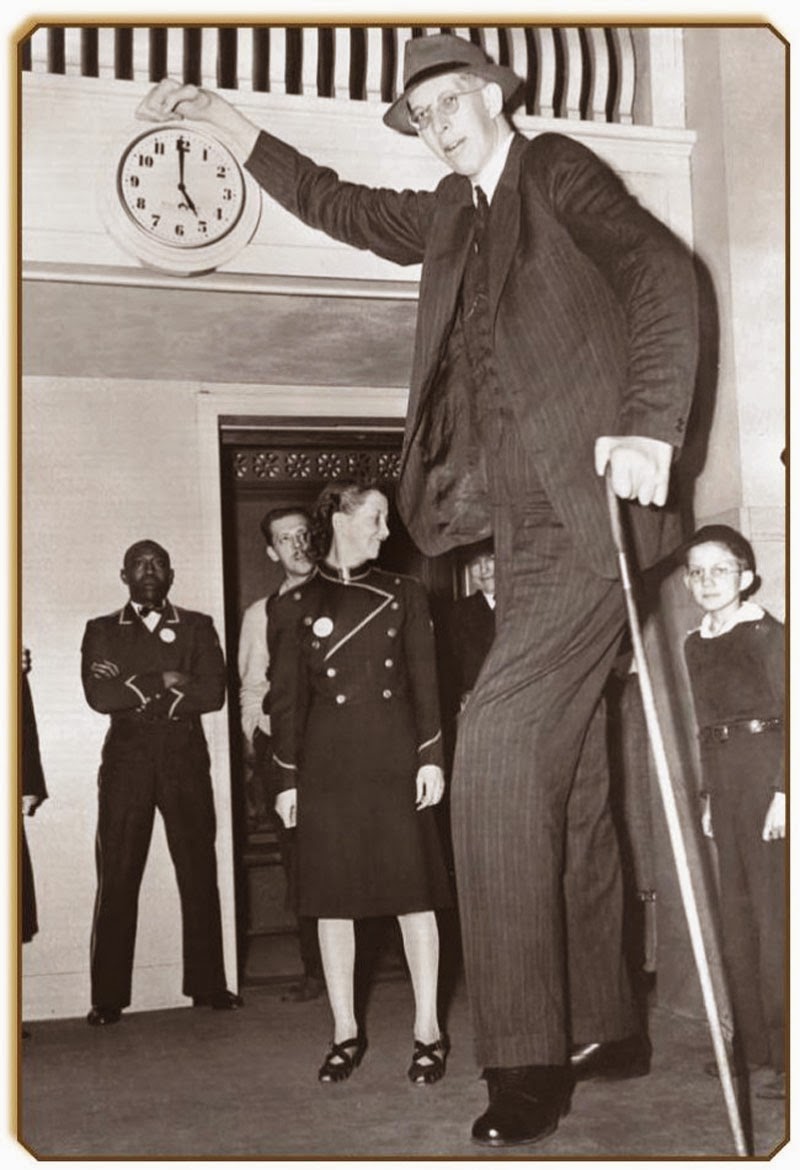 Wadlow’s shoes became a focus of his later life. The International Shoe Company provided Wadlow with custom 39AA shoes and Wadlow endorsed the business, showing up to events promoting their footwear.

Wadlow’s unprecedented growth was caused by an enlarged pituitary gland which caused an unusual production of growth hormones. Wadlow began growing soon after being born and never stopped. Doctors believe that if he had lived past 22, he would have been over 9 feet tall!

Wadlow’s growth was tough on his body. His legs struggled to carry his great weight. He weighed over 450 pounds when he died, forced to wear leg braces and use a cane by 20. It was a sore from his leg brace, which became infected, that actually led to his death. With such a large body, many of Wadlow’s organs and biological systems had trouble keeping up.

Not wanting his body to be stolen, like had happened to other giants, Wadlow’s family had him buried in a 10-foot 6-inch steel coffin, enclosed in a heavy concrete vault.