You may have heard of the #1 independent movie of all time…but these are facts you didn’t know. 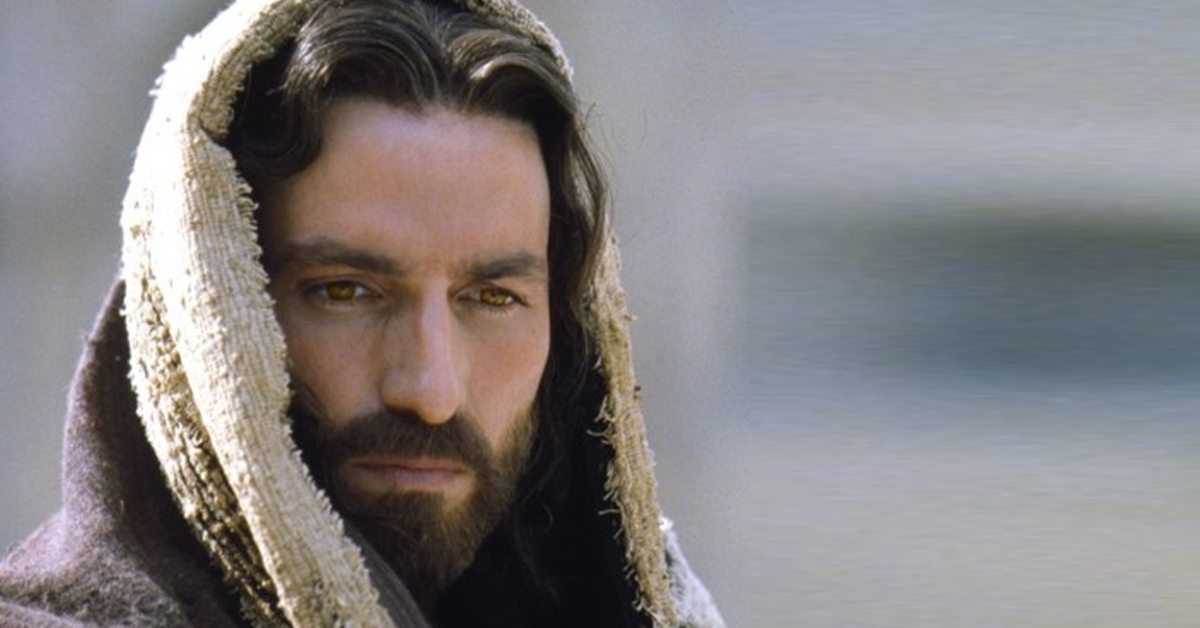 The Passion of the Christ (also known simply as The Passion) is a 2004 American biblical drama film directed by Mel Gibson, written by Gibson and Benedict Fitzgerald, and starring Jim Caviezel as Jesus Christ. It depicts the Passion of Jesus largely according to the Gospels of Matthew, Mark, Luke and John. It also draws on pious accounts such as the Friday of Sorrows along with other devotional writings, such as the reputed Marian apparitions attributed to Blessed Anne Catherine Emmerich.

The film primarily covers the final twelve hours of Jesus’ life, beginning with the Agony in the Garden of Gethsemane, the insomnia and grievance of the Blessed Virgin Mary, and ending with a brief depiction of his resurrection.

The film has been controversial and received mixed reviews, with some critics finding the extreme violence distracting and excessive, as well as claiming that the film subliminally promoted antisemitism.The film was a major commercial hit, grossing $612 million during its theatrical release.It remains the highest-grossing R-rated film in the United States. It received three Academy Award nominations in 2005.

The Passion of the Christ opened in the United States on February 25, 2004 (Ash Wednesday, the beginning of Lent). It earned $83,848,082 in its opening weekend, ranking it fourth overall in domestic opening weekend earnings for 2004. It went on to earn $370,782,930 overall in the United States, and remains the highest grossing R-rated film in the domestic (U.S. & Canada). The film sold an estimated 59,625,500 tickets in the US in its initial theatrical run.

In Malaysia, government censors initially banned it completely, but after Christian leaders protested, the restriction was lifted, but only for Christian audiences, allowing them to view the film in specially designated theatres. In Israel, the film was not banned. However, it never received theatrical distribution because no Israeli distributor would market the movie. 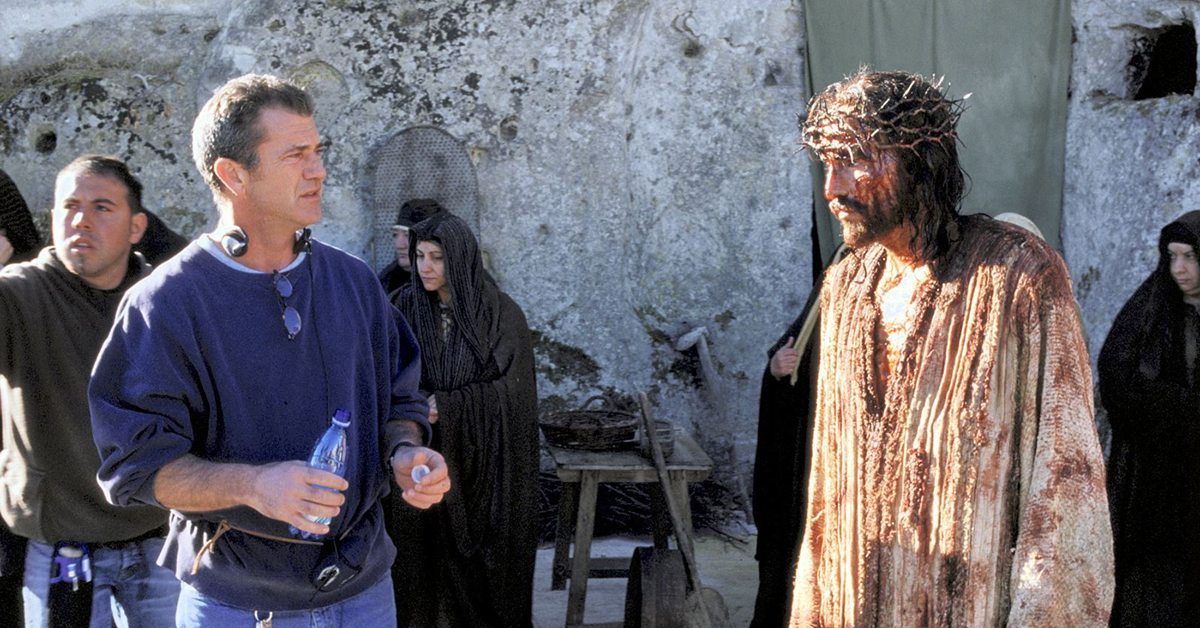 Despite the various controversies and refusals of certain governments to allow the film to be viewed in wide release, The Passion of the Christ earned $611,899,420 worldwide. The film was also a relative success in certain countries with large Muslim populations, such as in Egypt, where it ranked 20th overall in its box office numbers for 2004. The film remains the highest grossing non-English-language film of all time.

On August 31, 2004, the film was released on DVD, VHS, and later D-VHS in North America by 20th Century Fox Home Entertainment. As with the original theatrical release, the film’s release on home video formats proved to be very popular. Early reports indicated that over 2.4 million copies of the film were sold by the middle of the day. The film was available on DVD with English and Spanish subtitles and on VHS tape with English subtitles. The film was released on Blu-ray in North America as a two-disc Definitive Edition set on February 17, 2009. It was also released on Blu-ray in Australia a week before Easter.

Although the original DVD release sold well, it contained no extra materials other than soundtrack language selections. The no-frills edition provoked speculation about when a special edition would be released. On January 30, 2007, a two-disc Definitive Edition was released in the North American markets, and March 26 elsewhere. It contains several documentaries, soundtrack commentaries, deleted scenes, outtakes, the 2005 unrated version, and the original 2004 theatrical version.

The British version of the two-disc DVD contains two additional deleted scenes. In the first, Jesus meets the women of Jerusalem (at the eighth station of the cross) and falls to the ground as the women wail around him, and Simon of Cyrene attempts to hold up the cross and help up Jesus simultaneously. Afterwards, while both are holding up the cross, Jesus says to the women weeping for him, “Do not weep for me, but for yourselves and for your children”. In the second, Pilate washes his hands, turns to Caiaphas, and says: “Look you to it” (i.e., the Pharisees wish to have Jesus crucified). Pilate then turns to Abanader and says: “Do as they wish”. The scene next shows Pilate calling to his servant, who is carrying a wooden board on which Pilate writes, “Jesus of Nazareth king of the Jews”, in Latin and Hebrew. He then holds the board above his head in full view of Caiaphas, who after reading it challenges Pilate on its content. Pilate replies angrily to Caiaphas in non-subtitled Hebrew. The disc contains only two deleted scenes in total. No other scenes from the movie are shown on disc 2.

On February 7, 2017, 20th Century Fox re-released the film on Blu-Ray and DVD featuring both cuts. Only the original theatrical version is dubbed in English,Spanish this marks the first time the film has ever been dubbed in another language.

The Passion of the Christ polarized critics: Jim Caviezel’s performance, the musical score, the sound, the makeup, and the cinematography were praised, while the film’s graphic violence and alleged anti semitic undertones were singled out for criticism. The film has a “rotten” rating of 49% on Rotten Tomatoes, based on 268 reviews with an average score of 5.9 out of 10. The consensus states “The graphic details of Jesus’ torture make the movie tough to sit through and obscure whatever message it is trying to convey.” The film’s Metacritic score of 47 out of 100, based on 43 critics, indicates “mixed or average reviews”. CinemaScore reported that audiences gave the film a rare “A+” grade. 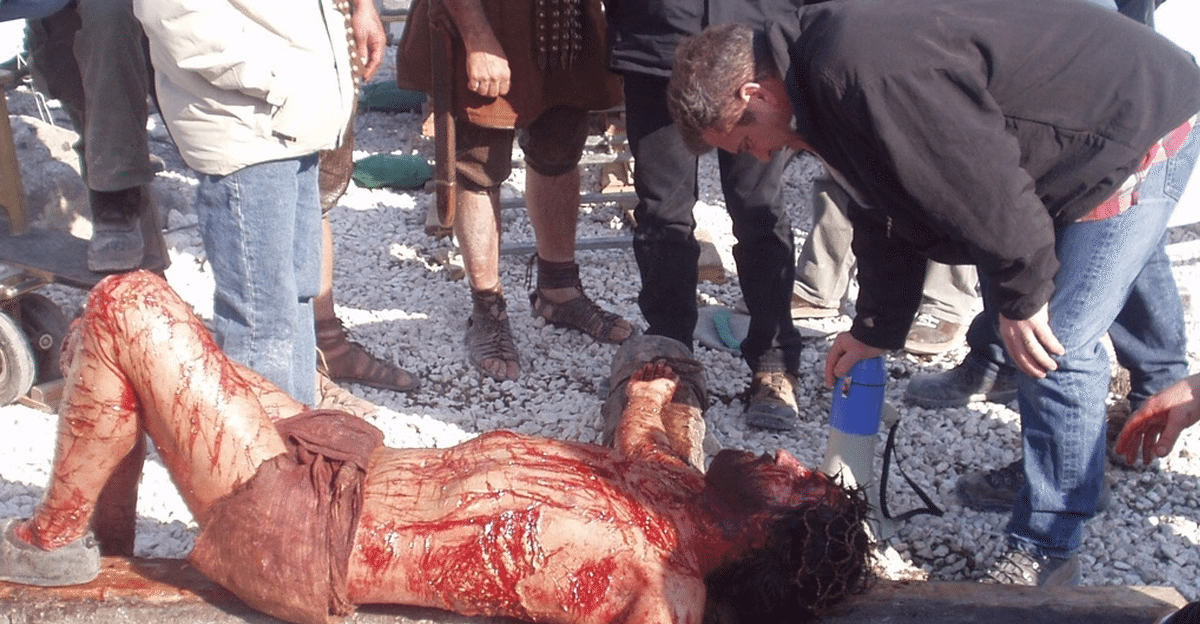 In a positive review for Time, Richard Corliss called The Passion of the Christ “a serious, handsome, excruciating film that radiates total commitment.” New York Press film critic Armond White praised Gibson’s direction, comparing him to Carl Theodor Dreyer in how he transformed art into spirituality. Roger Ebert from the Chicago Sun-Times gave the movie four out of four stars, calling it “the most violent film he has ever seen” as well as reflecting on how the film personally impacted him as a former altar boy saying “What Gibson has provided for me, for the first time in my life, is a visceral idea of what the Passion consisted of. That his film is superficial in terms of the surrounding message — that we get only a few passing references to the teachings of Jesus — is, I suppose, not the point. This is not a sermon or a homily, but a visualization of the central event in the Christian religion. Take it or leave it.”