We as Christians believe in the bible and know that it is the inspired word of God. We believe that Jesus was crucified and died for our sins. There has been a lot written down and recorded about crucifixion, but not many artifacts have been found. A recent discovery has revealed some key details about crucifixion that we never knew.

Take a look and see for yourself. 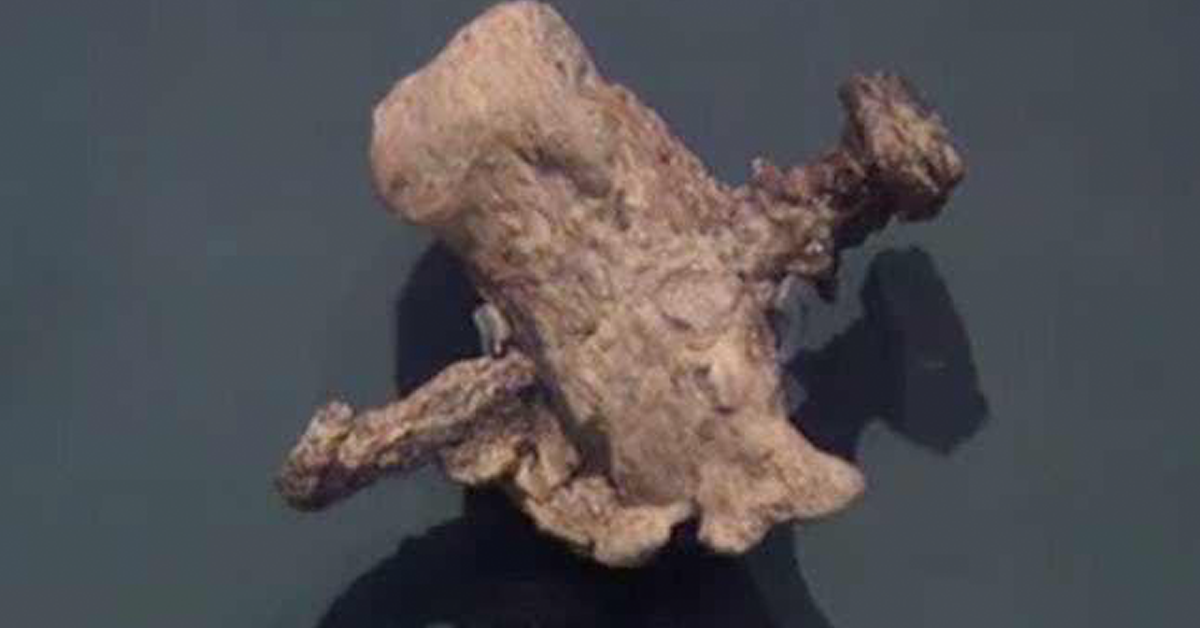 Crucifixion was a horrible form of punishment that we have always heard about, but how much of it do we actually understand?  It is believed that the practice of crucifixion was first developed by Assyrians and Babylonians but quickly became popular all throughout the Roman empire. Many people had to endure slow, painful deaths on a cross, the most famous crucifixion being Jesus Christ. Although it is believed that crucifixion was a somewhat common practice, there is still very little physical evidence it, that is, until now.

The materials used during crucifixion are very hard to come by nowadays. Many archaeologists and historians have searched for these artifacts but are unable to find much since the wood used for the crosses, is a soft organic material and quickly decomposes. As for the nails, many believe that they were collected and used as amulets by people who believed that these nails had magical and medicinal qualities. So when it comes to the crucifixion of Jesus, there hasn’t been much that archaeologists have found other than writings and accounts of the incident. 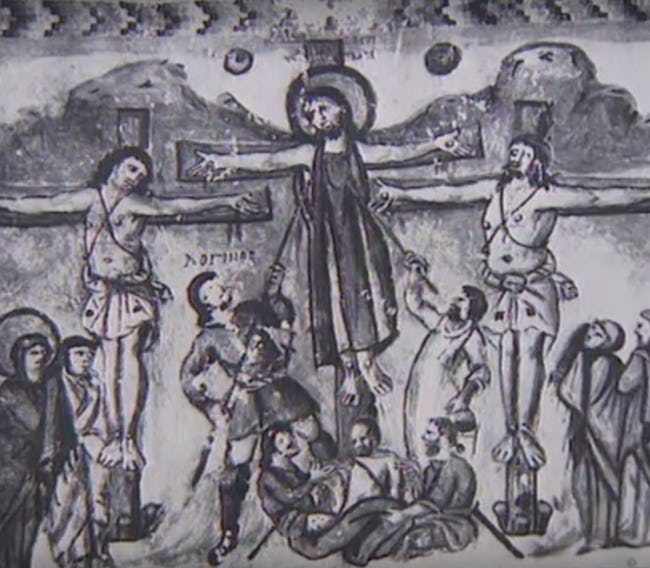 In 1968 an archaeologist known as Vassilios Tzaferis had finally gotten to excavating a group of Jewish tombs located at Giv’at ha-Mivtar in northeastern Jerusalem that were believed to be from the 1st century CE. He came across a peculiar ossuary, or stone box, that held several bones. There was a faint inscription on the box that read “Yehohanan ben Hagkol,” or Yehohanan, son of Hagkol. At first he believed that it was referencing the man’s full name and family line, however after further investigation, it turned out that there was no record of the surname Hagkol. In fact, when they compared to linguistic patterns that were used during the time, they found out the word actually may have meant “crucified.” Inside of the box was the first physical evidence ever found of crucifixion, a heel bone that was still holding the nail that had been used on a cross. 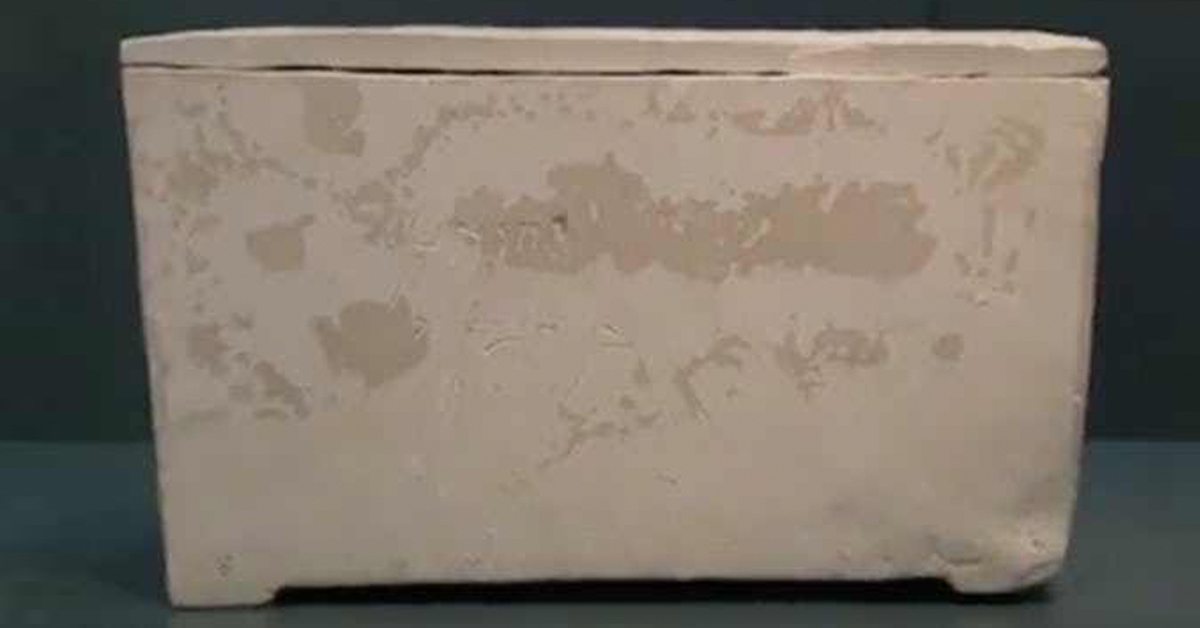 The researchers also discovered that the nail they had found that was used to crucify the man still had traces of olive tree wood on it. The nail was also bent. This evidence tells us so much more about the method of crucifixion. It is now believed that the nails were not actually driven through the palms of their hands, but they actually had their wrists tied around the top of the horizontal beam. This was done in a way that would have made supporting the weight of their body impossible. As for their feet, they were likely nailed through the heels on either side of the supporting beam.

Having this new evidence of crucifixion has made the case of Jesus being crucified even stronger. We now know more about how crucifixion really worked and it matches up with what is portrayed in the Bible.

Have you read about the crucifixion of Christ lately? Let’s take a look at Matthew 27:32-54:

As they were going out, they met a man from Cyrene, named Simon, and they forced him to carry the cross. They came to a place called Golgotha (which means “the place of the skull”). There they offered Jesus wine to drink, mixed with gall; but after tasting it, he refused to drink it. When they had crucified him, they divided up his clothes by casting lots. And sitting down, they kept watch over him there. Above his head they placed the written charge against him: this is jesus, the king of the jews.

Two rebels were crucified with him, one on his right and one on his left.  Those who passed by hurled insults at him, shaking their heads and saying, “You who are going to destroy the temple and build it in three days, save yourself! Come down from the cross, if you are the Son of God!” In the same way the chief priests, the teachers of the law and the elders mocked him. “He saved others,” they said, “but he can’t save himself! He’s the king of Israel! Let him come down now from the cross, and we will believe in him. He trusts in God. Let God rescue him now if he wants him, for he said, ‘I am the Son of God.’” In the same way the rebels who were crucified with him also heaped insults on him.

When some of those standing there heard this, they said, “He’s calling Elijah.”

Immediately one of them ran and got a sponge. He filled it with wine vinegar, put it on a staff, and offered it to Jesus to drink. The rest said, “Now leave him alone. Let’s see if Elijah comes to save him.”

And when Jesus had cried out again in a loud voice, he gave up his spirit.

At that moment the curtain of the temple was torn in two from top to bottom. The earth shook, the rocks split and the tombs broke open. The bodies of many holy people who had died were raised to life. They came out of the tombs after Jesus’ resurrection and went into the holy city and appeared to many people.

When the centurion and those with him who were guarding Jesus saw the earthquake and all that had happened, they were terrified, and exclaimed, “Surely he was the Son of God!”

Please pray with us:

“Dear Jesus, thank  you so much for your sacrifice on the cross. I am so undeserving of your love, yet you give it to me freely. Help guide me today so that I can live for your glory. I love you Jesus! Amen.”

Please Share this important information and prayer with family and friends today!