Many people across social media are saying that they saw Jesus Christ in pictures of the fire at the Notre Dame Cathedral back in April.

Lesley Rowan is one such woman – as she claimed to see the body of Jesus Christ in the flames of a picture of the Notre Dame Cathedral fire taken back on April 15.

Sharing her thoughts on Facebook, Rowan passed along a link from British site New Musical Express, saying, “I may be letting my mind play tricks on me here, folks take a close look at this pic and what do u see. I’ve even circled it!!!” 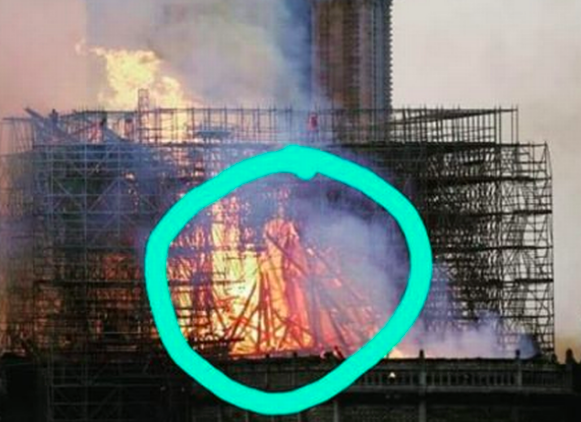 Her post has gradually ramped up in traffic and comments, with Rowan confirming to some Facebook users that she “absolutely” agrees with them in saying that a figure of Jesus appears to be in the flames. 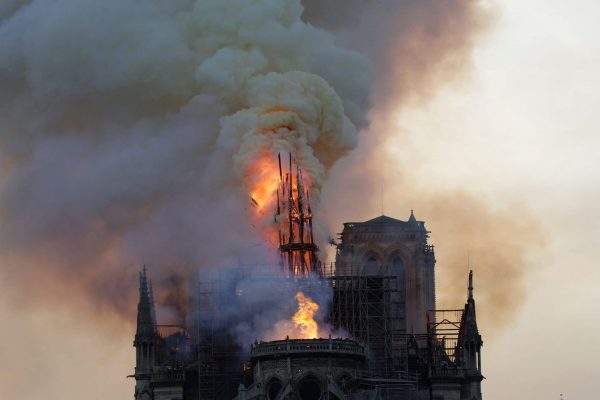 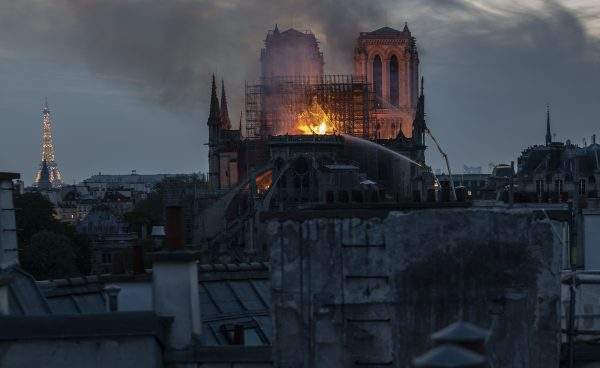 In a screenshot of the original Facebook photo above, Rowan went ahead and circled the section where she thinks she sees the image of Christ. 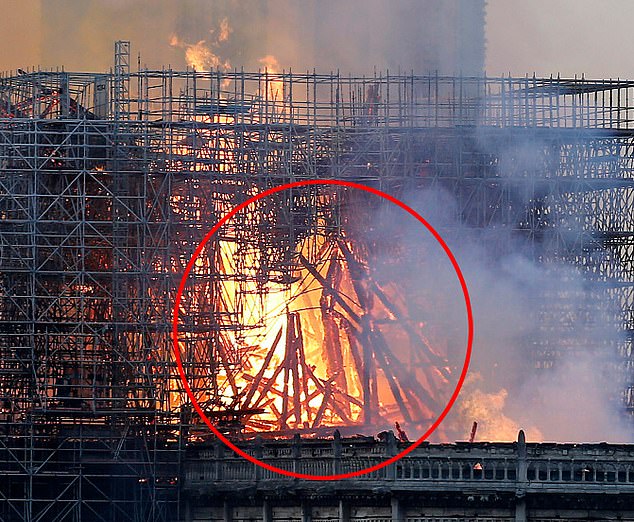 A number of Rowan’s friends seemed to agree with her thoughts. “Oh my God,” one friend said. Another friend added, “Can 100% see the figure of Christ in the flames! Everyone I’ve shown thinks the same! 🙌🏻“

Another friend said, “Looks like a figure of Jesus or I am tripping”

When she was asked by another friend what she thought of the perceived “sign” and its significance, Rowan replied, “I’m a catholic and I have my own faith so things like that I keep to myself.”

In an interview, Rowan said the following:

“When I looked at this photo last night, I was really astounded by what I saw. When I look at it I see a silhouette of Jesus. I really see a vivid image. I shared it and asked for people’s opinions – even my brother in Australia said it looks like Jesus. I feel like it will bring comfort to people in Paris and all over the world at this sad time.

Of course, there are plenty of people who are vocalizing their shock that anyone would claim to see an image in those flames. One Twitter user tweeted, “For real?! First the metal cross that didn’t catch fire was a ‘sign’ now people are seeing Jesus in the flames. The lengths people will go to for attention!” 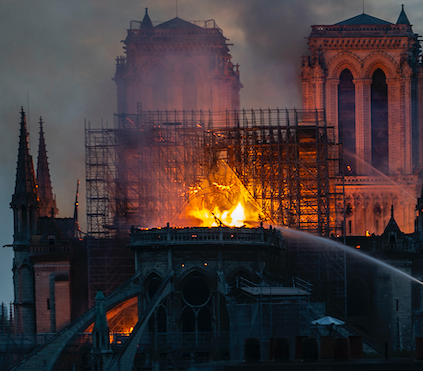 Though the fire sadly destroyed a lot of the building’s external structure, a number of the precious relics and architectural wonders of Notre Dame miraculously survived.