A haunting mystery has been unfolding in Michigan as the muffled body of a woman has been found inside a residential home’s garage. She was found frozen in the backseat of her SUV with the key halfway in the ignition and more than $500 in her pocket.

The body was sitting in the garage for 5 years and it is believed to be that of Pia Farrenkopf, but the craziest part is that nobody even knew she was dead. Pia was a woman who would go years without speaking to her friends and family. The middle-aged woman was known to frequently disappear for long periods of time. Her friends and family would sometimes receive a postcard out of the blue from Pia from places like Amsterdam or Las Vegas, but they never heard much from her other than that.

Pia had grown up near Boston with nine brothers and sisters. She had always been a good student and a very talented artist. Pia had received a good scholarship at the University of Massachusetts Boston, and by the 90s she was working for a technology company and making decently good money. Pia never married or had children. Joan Gill Strack, who was her former coworker and one of her closest friends, described Pia as a no-nonsense and private person. Joan also said that Pia was an intelligent loner who preferred reading and crossword puzzles over socializing with others. 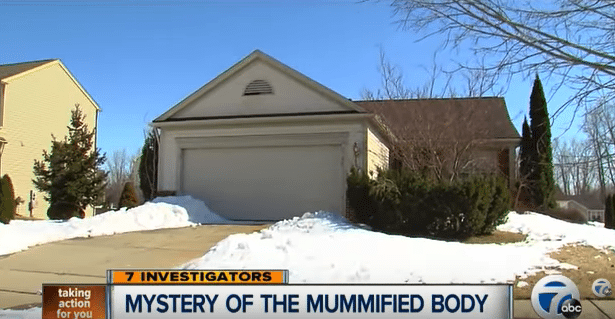 Pia’s siblings would try and reach out to their sister whenever they hadn’t heard from her in a while. However, Pia rarely answered the phone. She was always traveling around the world for her job, so most of the time her family figured she was overseas or simply didn’t want to talk to them. So, when Pia disappeared in 2009, her family didn’t even realize she was missing. It wasn’t until 2014 when two repairmen visited her foreclosed home to do some work that her death was revealed. The workers who entered Pia’s garage made a horrifying discovery and alerted police right away. Deputies arrived at the home and found Pia slumped in the back of her SUV, her mummified body was frozen to the backseat. Her car key was partially in the ignition and more than $500 in cash was found in her pocket. What a creepy mystery! Watch the video below to learn more about this story:

Share this story and pray for Pia’s family to find answers and closure!