Born at only 25 weeks, they overcame holes in their hearts, feeding problems, surgeries.

Children are amazing gifts from the good Lord himself! Every child is a blessing, but imagine having 4 babies all at one time… now that’s just incredible! Stories about multiples always amaze us, especially in the case of quadruplets. Having quadruplets comes with its own set of various challenges, and these issues usually come early on in many pregnancies. Many quadruplets are born premature and have very low birth weights. Not only that, but there are so many different complications that mothers carrying quadruplets tend to face during the final stages of their pregnancy. The Larson quadruplets from Lima, New York had a rough start to life, but now they are all thriving in ways that some doctors never imagined would be possible! 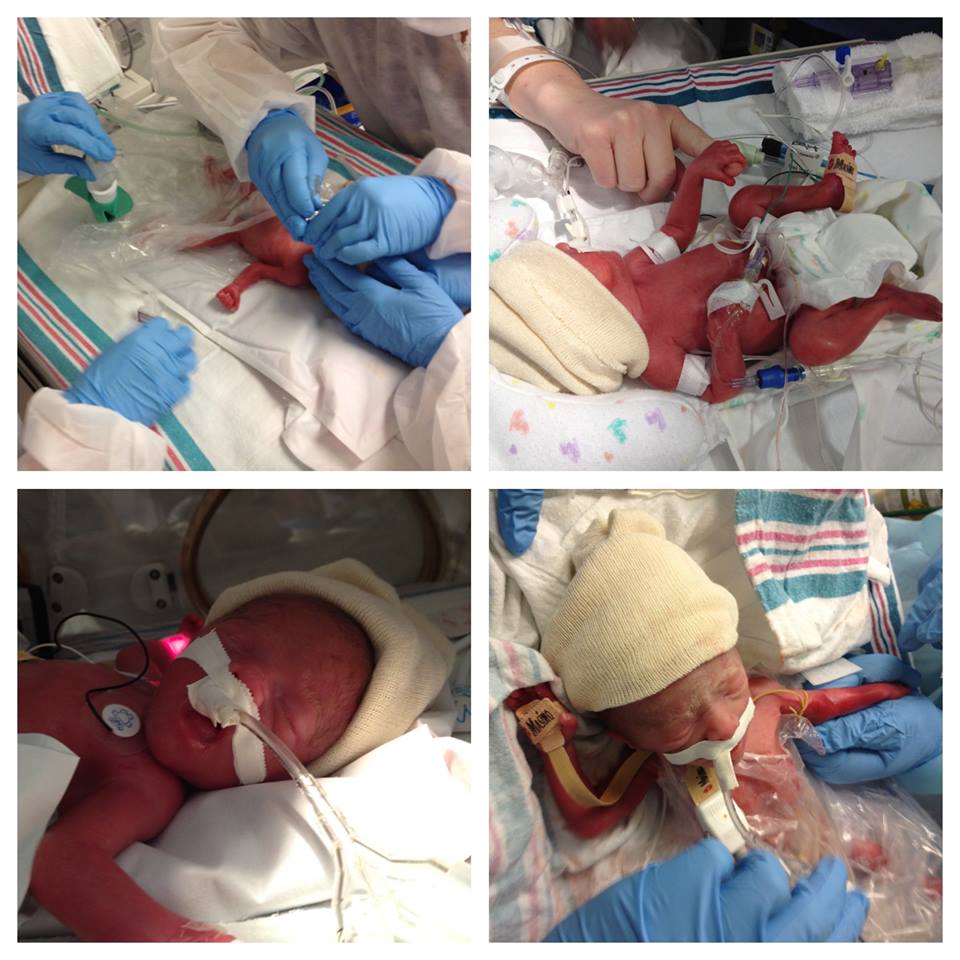 According to their mother, Courtney Larson, the quads were born at 25 weeks and four days. Babies that are born before 26 weeks are called “micro-preemies” and the survival rate for these newborns is pretty low at only 72 percent. Survival without “moderate to severe neurodevelopmental impairment” is only 43 percent, according to the National Institutes of Health. Not only that but the survival rate for all four babies in a set of quads, especially those born prematurely, is even lower. When they were first born, the Larson quadruplets ranged in weight from 1 pound 15 ounces for Brody to 1 pound 5 ounces for Kylie. The four newborns spent anywhere between 121 and 137 days at the neonatal intensive care unit at the Strong Memorial Hospital in Rochester, N.Y., before they were finally able to go home with their parents in July 2012. 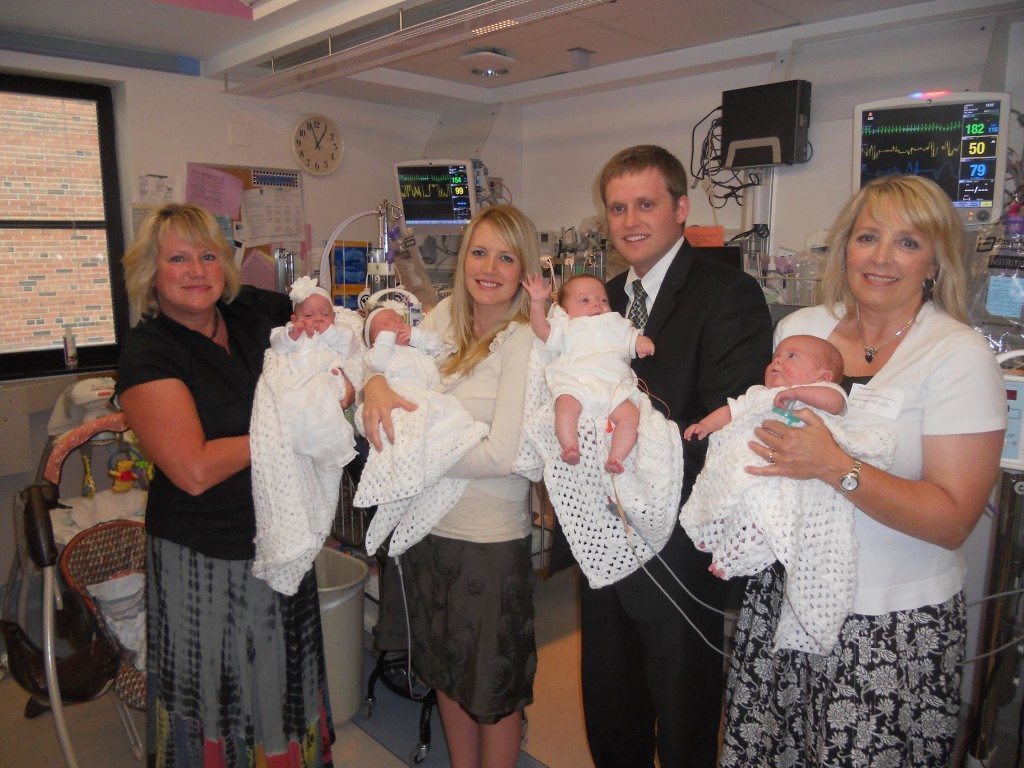 All four of the quads were born with patent ductus arteriosus (PDA), which is a hole in the heart. Brody and Ashlyn had to undergo surgery in order to close the hole back when they were only 2 weeks old, and Kylie had to have the same surgery when she was about 10 weeks old. Each of them have a scar on their back from the surgery, Courtney Larson said. Cooper, also had the hole in his heart closed nonsurgically, via a catheter through his leg when he was 4 years old. All of the quads needed to have feeding tubes while they were in the NICU, and these tubes still remained as the quads went home. Cooper, Ashlyn, and Kylie had their tubes inserted into their noses and that caused them to have a hard time learning to eat, breathe and swallow at the same time. The tubes were removed when the children were 9 to 10 months old. Brody had his inserted through his stomach and it was taken out just before he turned 3. Of the four children, Brody has suffered the most complications, according to his mother. Cody’s PDA surgery left a vocal cord paralyzed and this made it hard to hear him cry. And although it is much better now, he still sounds hoarse after he talks a lot.All of the quads also have preemie-induced asthma. So, when they were in preschool, they frequently picked up colds. Now, as their immunity increases, they are sick less frequently.

Today, the quads are doing so well! They started kindergarten this month, something that is a major accomplishment! Their mother said that the quads love going to school and therapy. Brody now enjoys spending time with his friends. Ashlyn likes going to the library. Kylie is excited about art. And, Cooper is more than happy at the gym. All of them also enjoy swimming, skiing and do gymnastics. 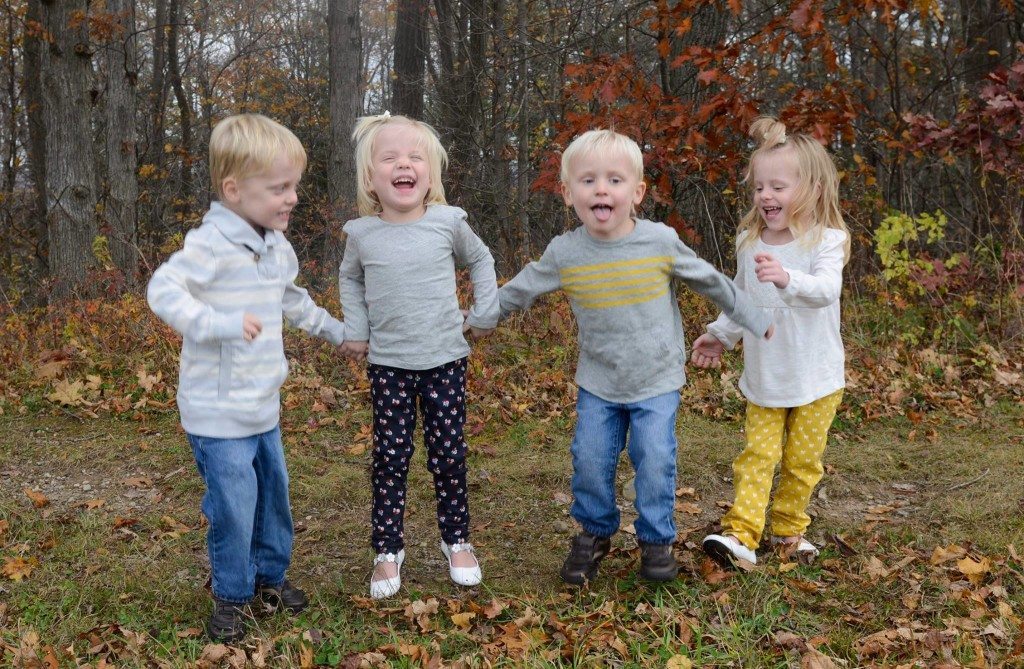 Share this story and pray for continued healing on this sweet family!