James Bristle and his neighbor were digging in his soybean farm on a sunny afternoon to prepare for a new gas line when they found what they thought was a stick. To their surprise, it turned out to be a fossil of a mammoth that is believed to have existed over 11,000 years ago. Bristle, his friend, and other experts had to use a special machine to dig up the skull, vertebrae, ribs, and tusks of the woolly mammoth. And the fossils are extraordinary to look at! 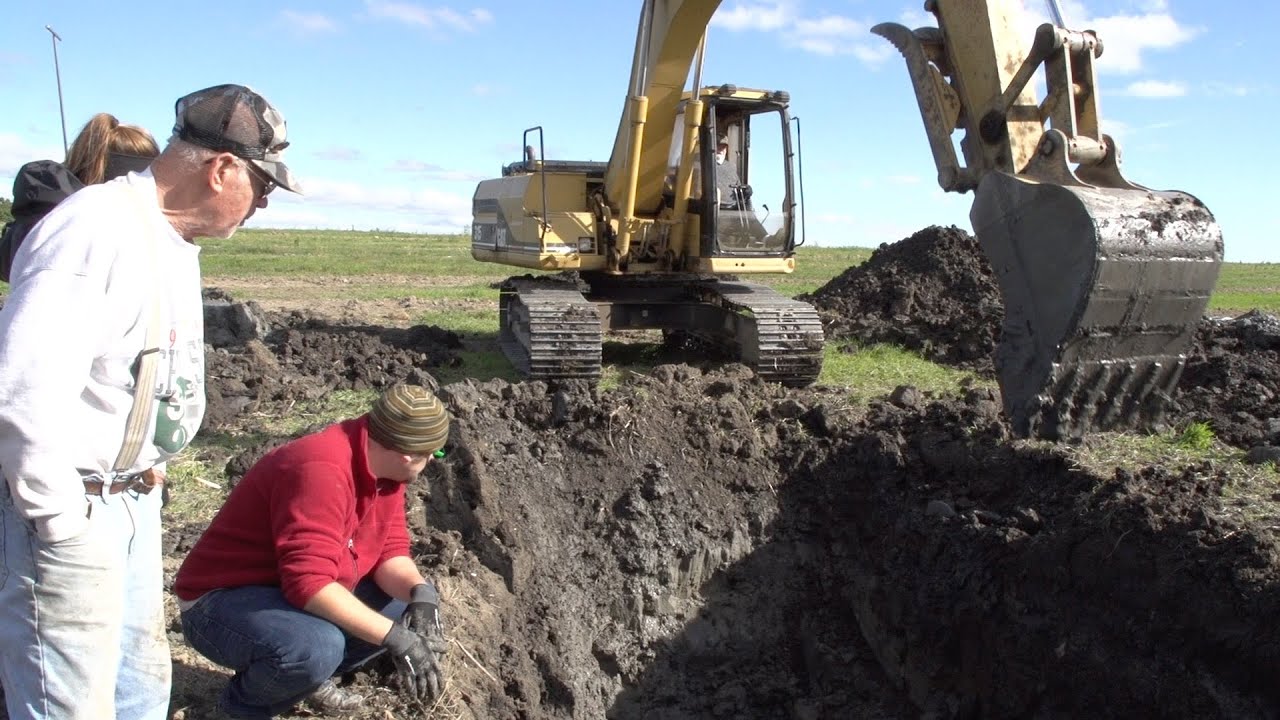 The Michigan farmer bought the property a few months ago and once the farmer realized that it wasn’t just an ordinary stick or bone, he knew it was time to call the experts. 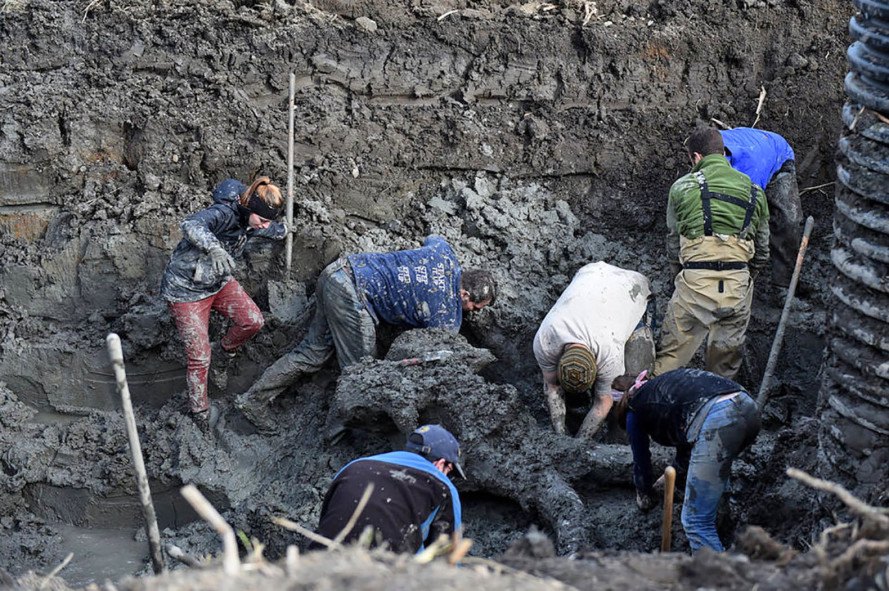 He reached out to Daniel Fisher, professor, and director of the University of Michigan Museum of Paleontology. Fisher and his team approached the site and were given one day to get the job done because of Bristle’s tight harvesting schedule. They dug up the site to uncover the rest of the remains the next day. Locals gathered around and stared in awe as the bones were pulled out. 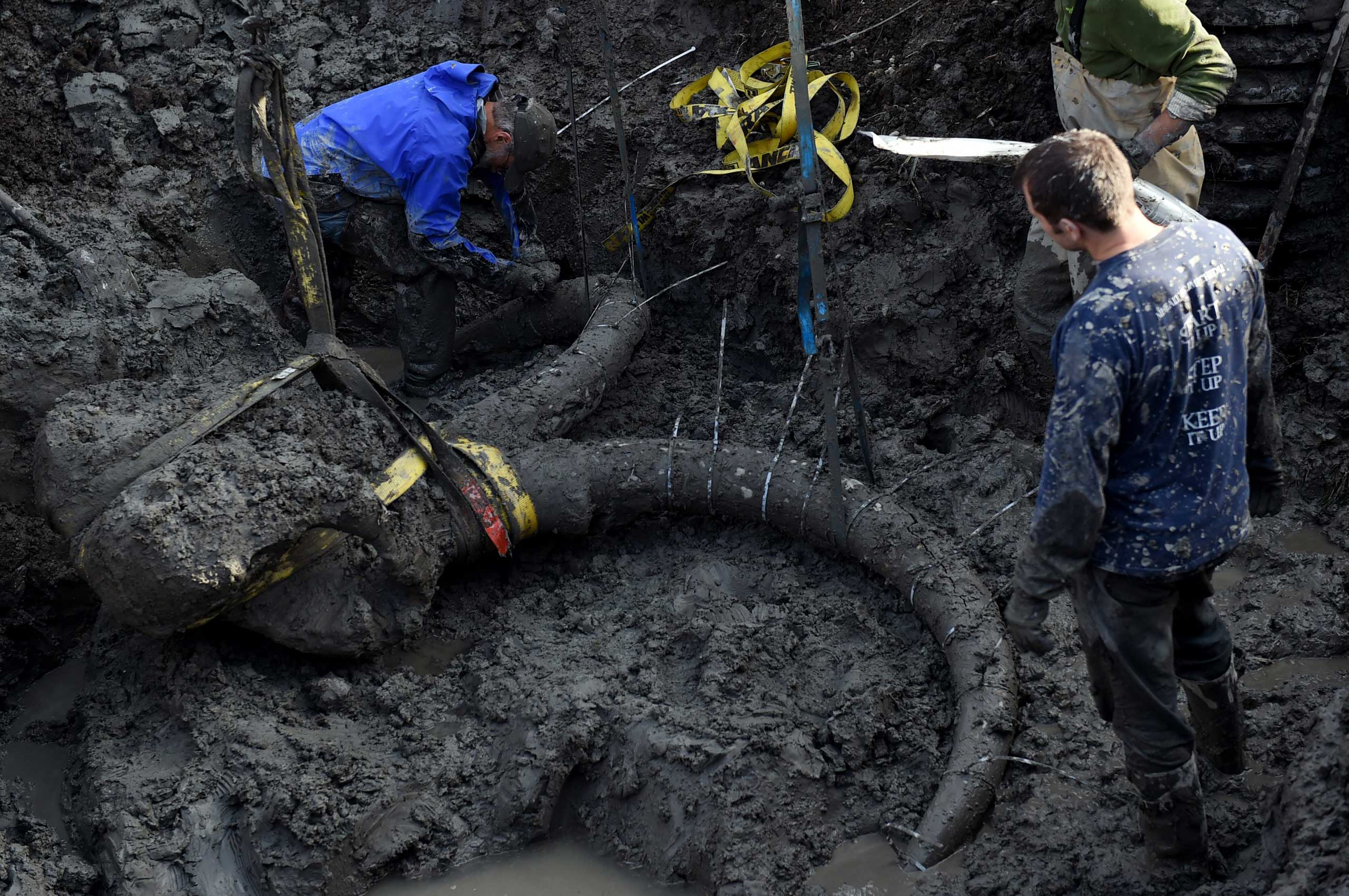 The bones belonged to a prehistoric mammoth. Mammoths are said to have disappeared more than 11,700 years ago and more than 30 remains of their bodies have been found within Michigan itself. Fisher clarified that out of those 30 remains only around 5 of them were as big or as extensive as the remains found on Bristle’s farm. Fisher estimates that the mammoth lived between 11,700 and 15,000 years ago and was around 40 years of age at the time of its death. 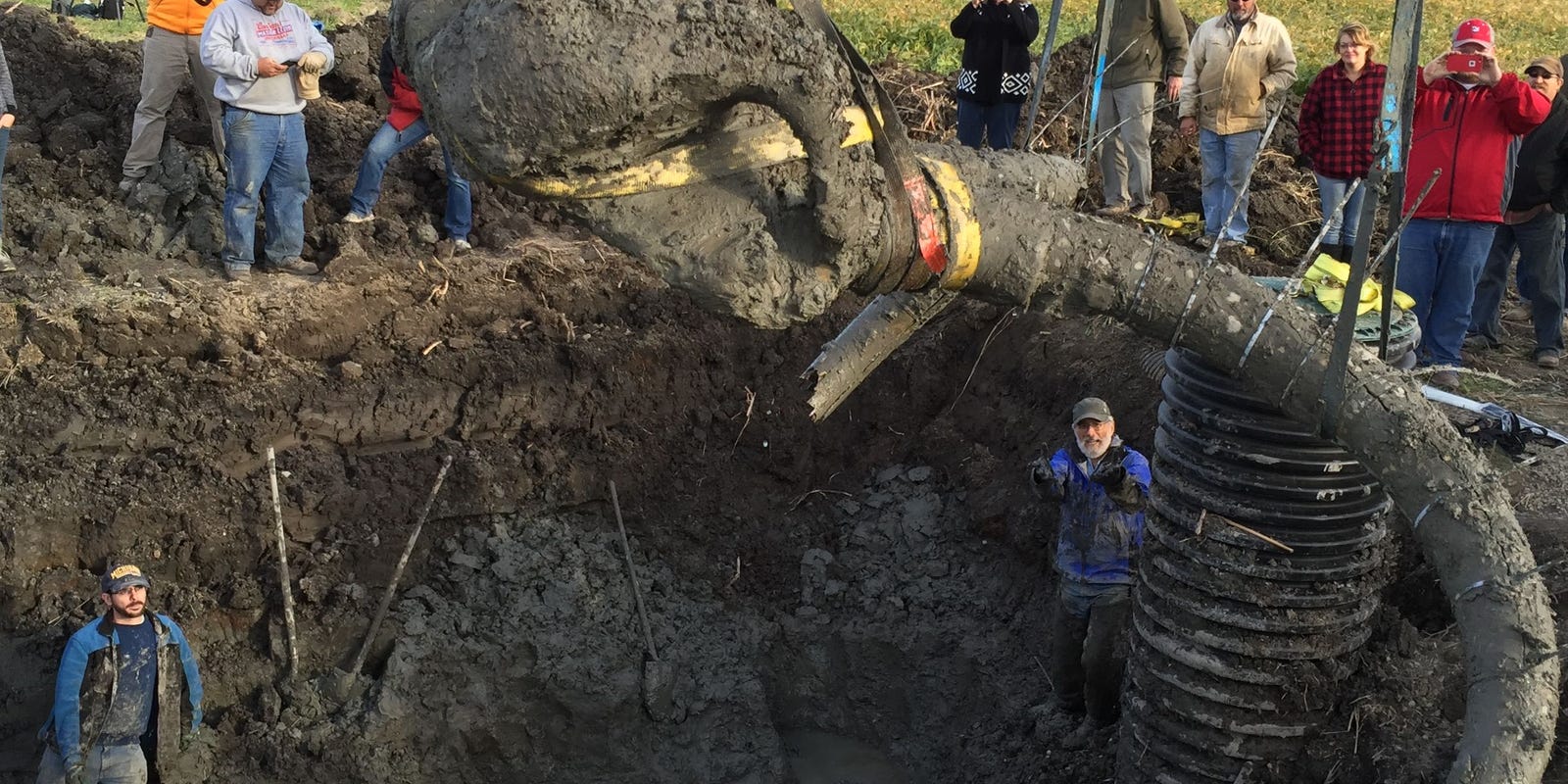 The mammoth is a cross between a woolly mammoth and a Jefferson mammoth and has been named the Bristle Mammoth after the farmer. Bristle has donated the remains to the University of Michigan for further research and Fisher hopes to put them on display at the University of Michigan Museum of Natural History. Fisher suspects that the mammoth was slaughtered by prehistoric humans, weighed down and buried in a pond for later consumption. 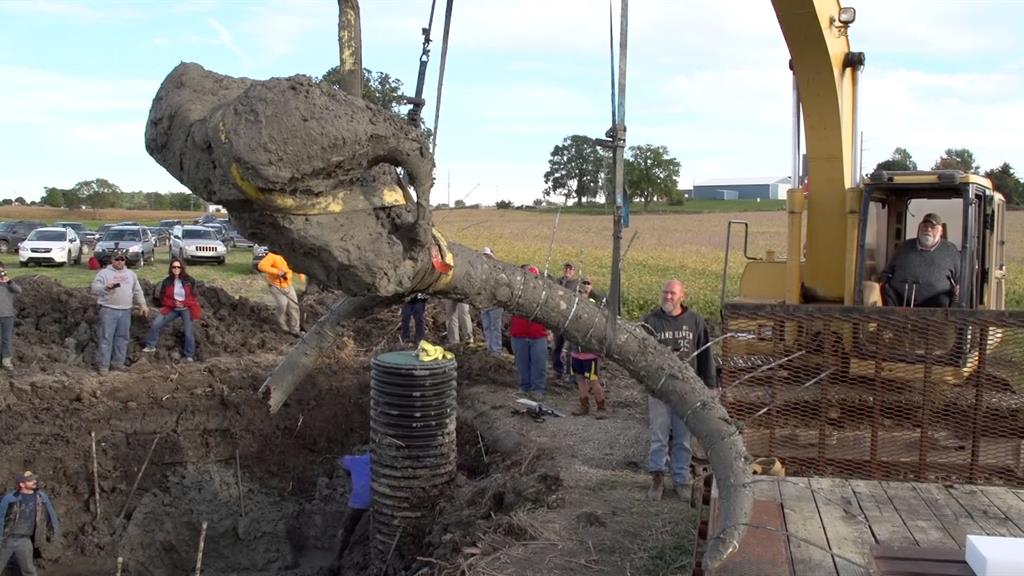 Speaking of his decision to donate the bones, Bristle said that the find wasn’t just his but a way of giving back to the people. He went on to say that a lot of people will benefit from being able to look at the remains and that makes him happy. When asked if he would want to make another significant discovery like this one, he had no intentions of doing so and wanted to get back to farming. While he seems to have rejected a possible career in paleontology, he nonetheless still has a great story to tell!