Andrea West met her prospective husband during their final year at university. They fell into an amazing romance and moved back to Andreas’ hometown soon after graduating.

In a few short years they were engaged, and soon enough were able to announce to friends and family that Andrea had become pregnant with their first child. Andrea was overjoyed.

After just eleven weeks, however, the happiness turned to sadness. Andrea miscarried.

This is how Andrea described the feeling:

“I was an absolute wreck. I didn’t know what to do, who to talk to, what was appropriate to discuss, or who could help me. Little did I know that 1 in 4 women suffer the same and people just don’t talk about it. I didn’t know if I could ever deal with being pregnant again.”

After a while, Andrea’s anxiety was healed with the help of her supportive husband. Thankfully, she became pregnant again.

This time around, she promised she would do anything and everything in her power to help her baby grow healthily. She gave up a few different foods, including cold-cut meats, sushi and certain cheeses. She also took to devouring books on pregnancy. This time, she said, everything would be OK.

Sure enough, her term passed without any complications. She began having small contractions right on time, went into hospital and was admitted into a delivery room with her partner.

She was about to be sent home, but an ultrasound showed she had little-to-no amniotic fluid left. They had to induce labor right then.

Thankfully, the birth went well. Before the end of the night, Andrea and her husband had welcomed a little boy into the world, Adam.

Only, Andrea’s partner never got to cut the umbilical cord as he hoped.

Instead, Adam was immediately rushed away from his parents in a confusing array of medical staff. Andrea’s husband was able to catch a quick look at his son over the shoulder of a group of doctors. He turned back to Andrea and uttered the heartbreaking words: “Honey, there’s something wrong with Adam’s leg.” 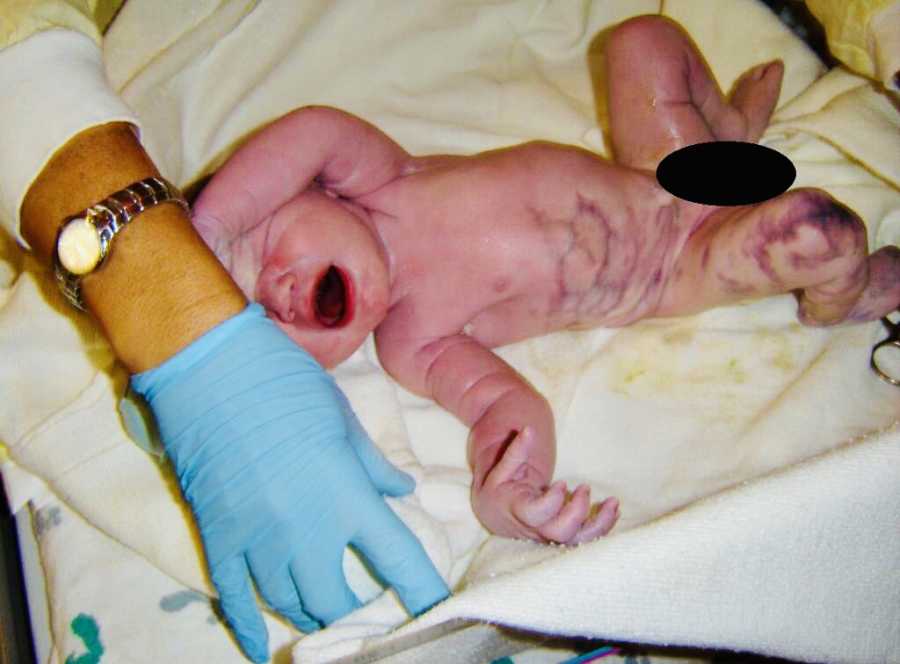 Twenty people had swarmed around little Adam. The longer time went on without answers, the more concerned Andrea grew.

When Andrea’s mom and partner left to inform family members outside of the situation, she lay alone in the ward, not knowing what was happening. Still, no one told her what was going on with her baby.

It just so happened that the right side of his stomach and his entire right leg were marbled purple and black. 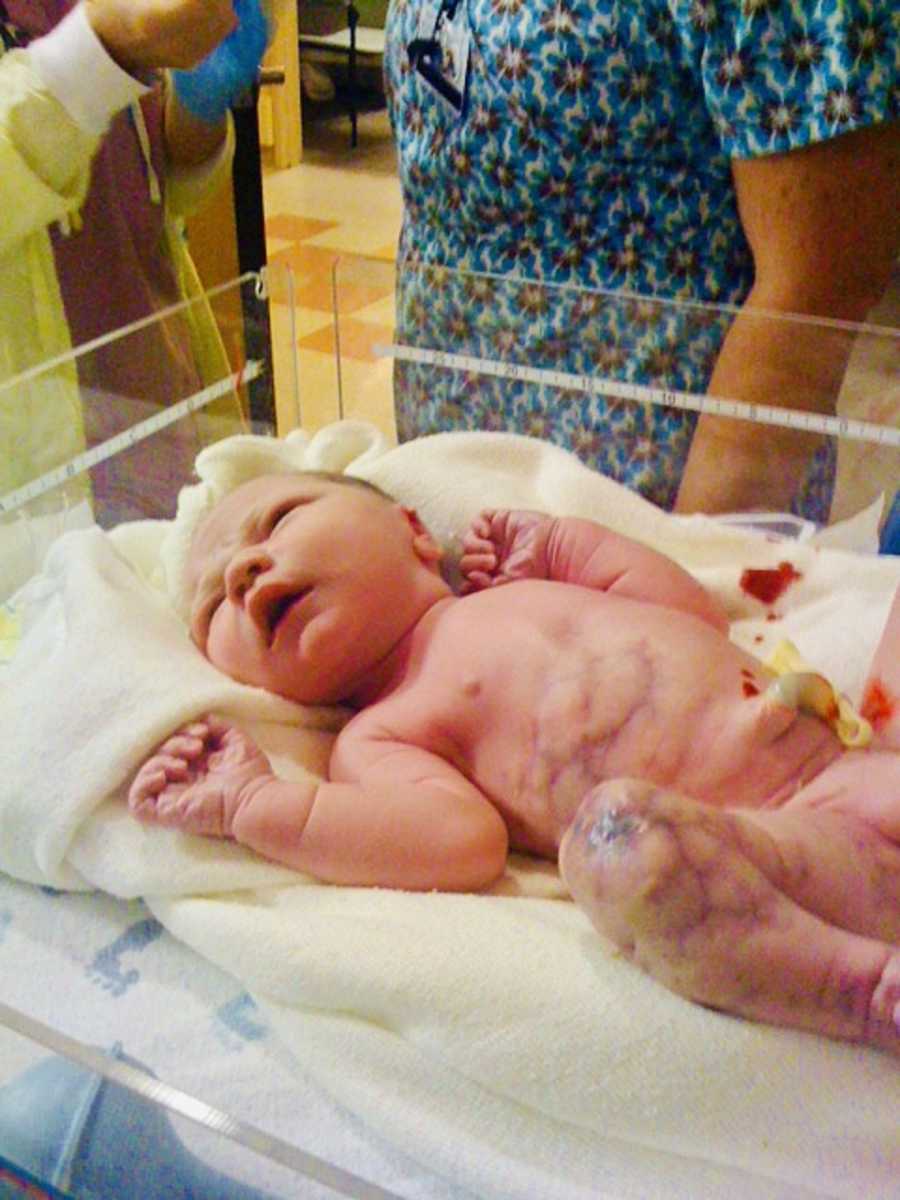 Andrea and her husband didn’t know how to respond. At the time of their son’s birth, there had been only 500 reported cases of the disease in the world – ever.

Adam underwent a number of tests on his vital organs, which, fortunately, he passed without issue. Andrea spent so much time in the NICU that she didn’t sleep for four days. 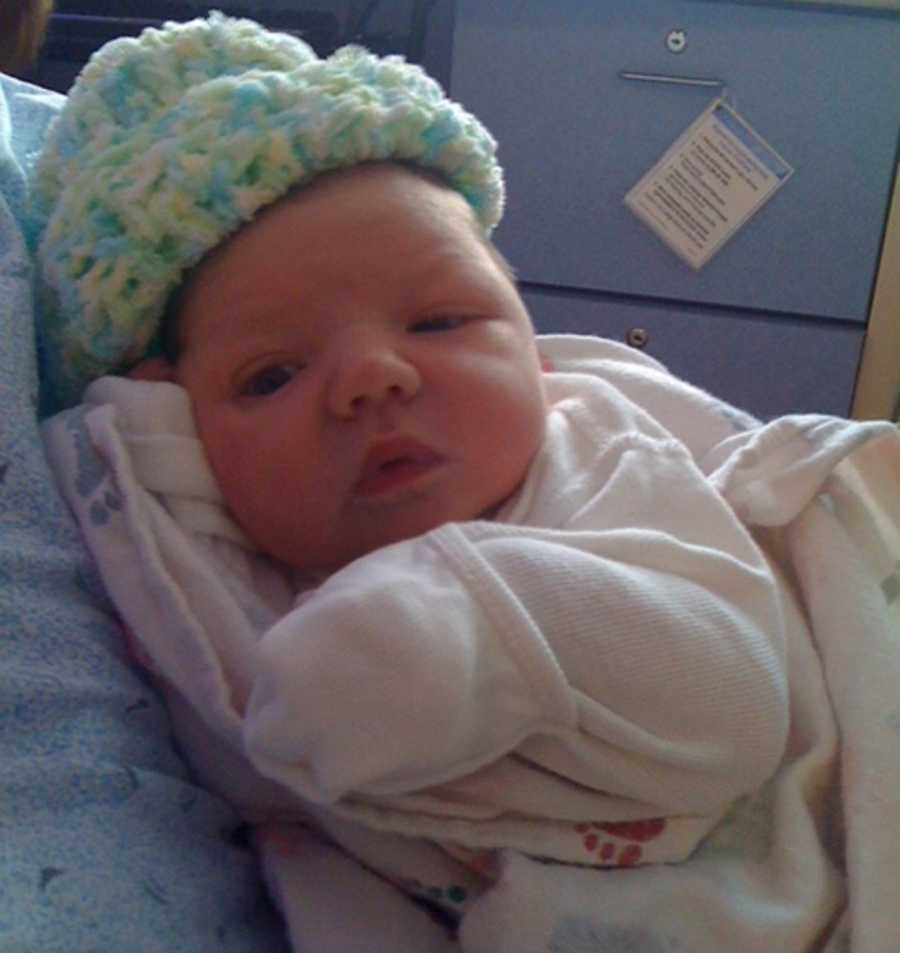 In the end, Adam was finally able to go home, with a strict set of instructions on how to care for his skin. The more time that went by, however, the more it became apparent that Adam was a real fighter. 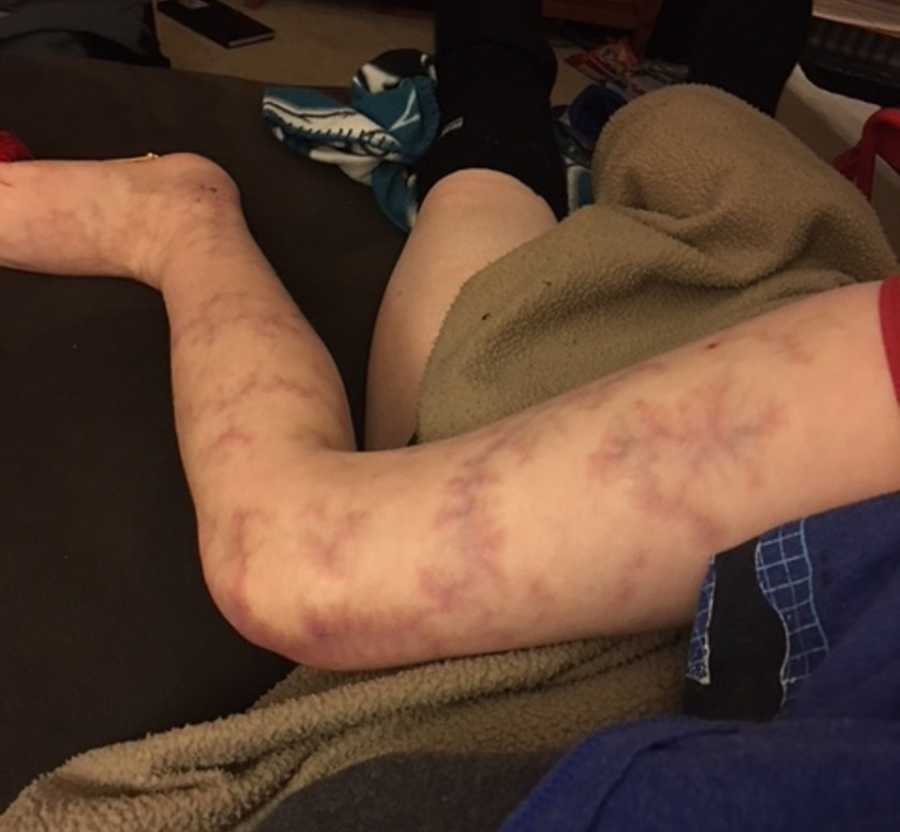 Today, he’s a wonderful, healthy young boy who loves math and playing chess. He’s even been able to play sports, though his condition makes his leg a bit weak. 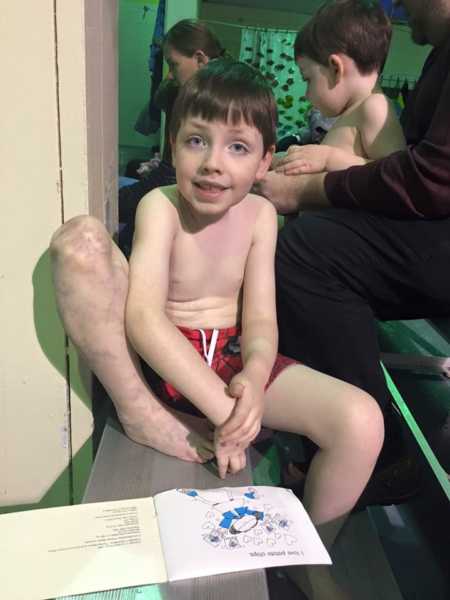 Through it all, although Adam knows he’s slightly different from the other children, he’s never seen his disability as an obstacle. 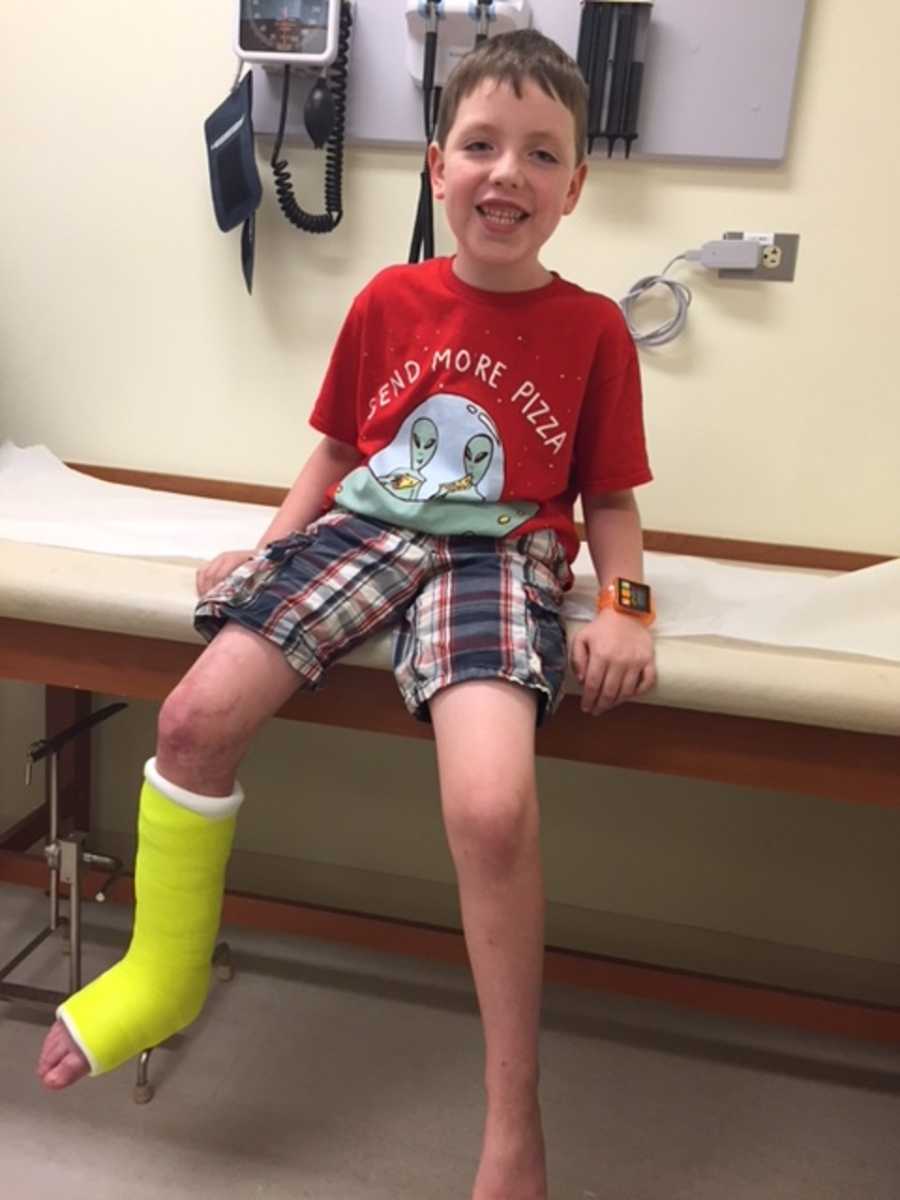 Sure, Adam might have had a tough start to life, but today the West family is quite happy.