She always knew something was wrong and then she learned his secret.

No family is perfect, but by God’s power and grace, a family can strive towards becoming perfect in God’s eyes. Family is very important, and God intended for members to take care of one another and be a cohesive unit. However, sinfulness has destroyed that vision of a perfect family. We see many families broken by sin. It has been so from the very beginning, with Adam, Eve, Cain and Abel. It takes just one member’s sin to break a family. We don’t always know our own family members as well as we’d like to. Children especially have little knowledge about their parents’ past, unless it is shared with them. Some families hide secrets, big or small, that could be life-changing. This is exactly what happened to April Balascio when she found out her father’s secret.

April Balascio is the eldest daughter of Edward Wayne Edwards. He was known to have a violent temper, which he would often take out on his wife, leading to multiple visits to the hospital for her. He was a handyman and, growing up, April says that he moved the family around a lot, suddenly and without any notice at all. Sometimes he would even make them move in the middle of the night. His reason was always that it was for work. As a kid, April noticed that her dad was obsessive about collecting newspaper clippings about local murders that happened in towns where they had lived in. She found it a bit strange and began to be suspicious about her father, although, she could never quite put her finger on it. She knew something was off, but she wasn’t proactive about figuring it out because he was her father after all. He had taught her about hard work and honesty, walked her down the aisle on her wedding day, and was the grandfather to her children. 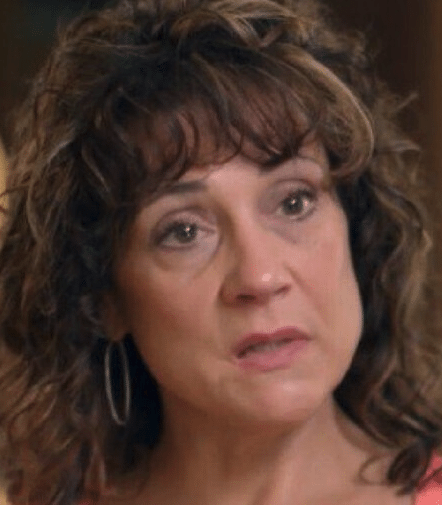 Finally, in 2009, April started to do some online research about the murders that her father had been so interested in. What she discovered was horrifying and has left her feeling guilty for not having done something about it earlier. She finds out that one of her family’s sudden moves had been made just a few days after what was called the “sweetheart murders” in Watertown, Wisconsin. A couple leaving a wedding venue had been murdered. Edward Wayne Edwards was working at that venue during that time as a handyman. April remembers that when she was 8 her father had taken the whole family for a walk to a park where the dead bodies were found the following day. She took her research and went to the police who were able to use DNA evidence to connect her father to that murder. Following that, Edwards also confessed to three other murders, including that of his adopted son in 1996. Edwards died in jail in April 2011 due to complications from diabetes at age 77, a month after he was given a death sentence for the murder of his adopted son.

Share this story and see what your friends think about this scary situation!