A meltdown can spiral out of control very rapidly as parents of a child with autism know, and it can be very hard to help calm your child and keep them secure. For 9-year-old Ralph, it was a very upsetting experience to find out that the Spider-Man ride he had been waiting so patiently to go on was now broken.

As Ralph began ‘sobbing, screaming, rocking, hyperventilating, and truly struggling to breathe’, another unlikely superhero stepped in to save the day and help calm him down.

Lenore and Steve Koppelman had taken their son Ralph to Universal’s Islands of Adventure theme park in Florida.

The New York family worked with their way around the theme park, with Ralph waiting very patiently for each ride.

But the one ride he was really looking forward to, the Amazing Adventures of Spider-Man, however had a problem.

The wait was long, but Ralph was very understanding. As it finally reached their turn, the family came up to board the rife only to find that the ride had just broken down and they would not get to ride it that day.

“We could see (the meltdown) coming, like an oncoming train. And yet we couldn’t dodge out of the way. The autistic meltdown was GOING to HAPPEN. And happen it DID.”

But then a Universal worker named Jen came to the rescue and not only helped Ralph but his concerned parents, who were worried that their son would get hurt lying on the floor in the middle of a crowd of people.

“She got down on the floor WITH HIM. She rested next to him while he cried his heart out, and she helped him breathe again,” Lenore said in her post.

“She told people to keep on walking around them, so they would stop standing there and staring. And then she told him it was okay for him to be sad and feel this way. She understood.

“She would feel the same way too. His feelings were validated. And she told him he could lay there with her as long as he needed to until he felt better.”

Ralph was taken to the gift shop to pick something out after the ordeal, and his mother took to Facebook full of praise for the Universal worker.

“THANK YOU for treating him with SO much kindness and patience,” Lenore added.

The facebook post went viral with more than 90,000 comments and thousands of remarks that praised the employees and their outstanding training.

Now his family is saying they’re saving for another trip so Ralph can experience his favorite ride. 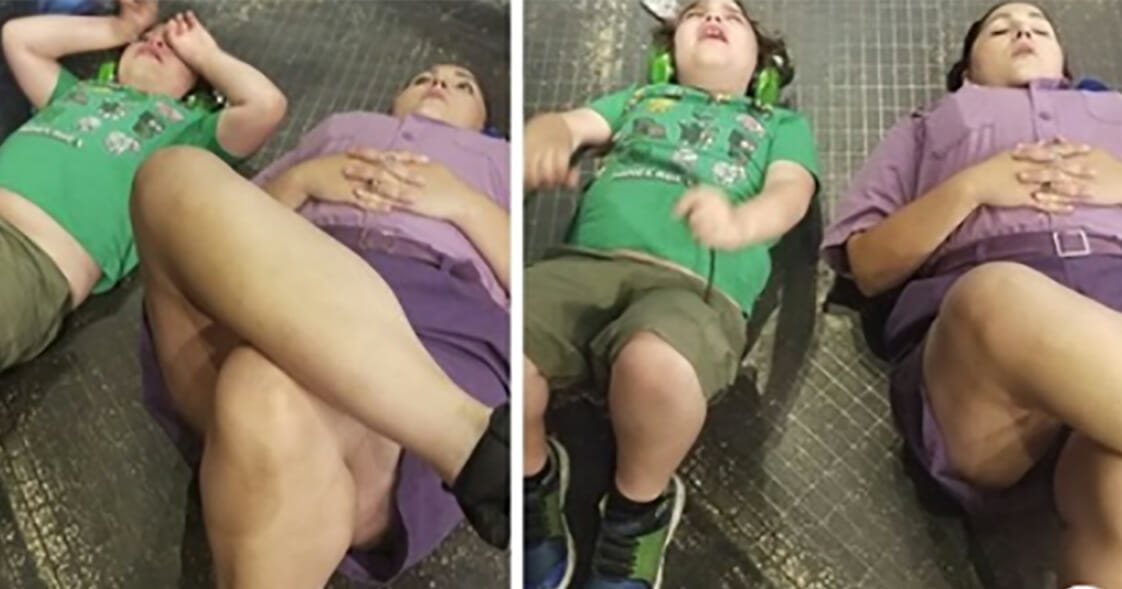