Every now and then bad things happen that make us question our faith.

When natural or manmade tragedies strike, we wonder how God could let bad things happen to good people. But sometimes God’s message is so clear that it is hard to deny that it is straight from heaven and, as terrible as the tragedy was, there is still a reason to hope. September 11, 2001, marked one of the biggest tragedies the world has experienced in modern times. The terrorist attacks on the World Trade Center in New York left almost 3000 people dead and so many others injured. There seemed to be no glimmer of hope in a tragedy of this magnitude. 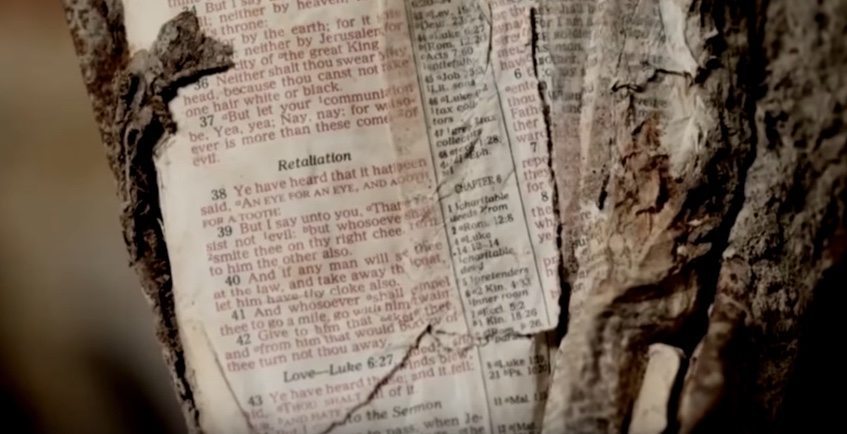 But, God’s message was not to be ignored despite the despair and devastation. A day after the attacks, among the rubble of the towers, a firefighter found something rather surprising. Fused to a heart-shaped piece of metal was part of a Bible open to a very specific page. The firefighter passed on the strange find to photographer Joel Meyerowitz who photographed it and shared the story. The verse that the bible displayed was Matthew 5:38-39, and there under the title Retaliation is said: “Ye have heard that it hath been said, An eye for an eye, and a tooth for a tooth: But I say unto you, That ye resist not evil: but whosoever shall smite thee on thy right cheek, turn to him the other also.” The message from Jesus in the bible is one of forgiveness, something that we probably needed to do the most but found it hardest in the days after the tragic events.

Share this touching video to remind others of the power of forgiveness.