With the holiday season comes the delightful season of expressing your gratitude for our God who provides us with His choicest blessings and bestows upon us abundance of food and nourishment. We celebrate the year’s bountiful harvest and share our prosperity with our friends and family through glorious Thanksgiving dinners and feasts.

While it is a time full of fun and merrymaking for us, it can also end up being a season of diseases and illness for our four legged friends. Thanksgiving is all about abundance of mouthwatering delicacies that you cannot help obsess over. However, not all food items that we typically consume on Thanksgiving are healthy enough for consumption by our pets.

There are a lot of holiday meals that can prove to be extremely toxic for our cute little fur balls. And when your excited companion animal looks at you with those doleful eyes asking for their share from the table full of flavorful goodies, you need to practice a little caution in ensuring that you do not feed them anything that can be bad for their systems. Let’s have a look at a list of such potentially toxic thanksgiving foods that are dangerous for pets.

Gravy and Stuffing: A majority of the ingredients typically used for preparing gravy and stuffing can be extremely harmful for your pet dogs and cats. Garlic, scallions, onions, sage, mushrooms, chives, leeks, pepper and so on are some of the ingredients commonly used in Thanksgiving stuffing and gravy and can end up causing anemia in dogs and cats when consumed in excess. Also, sage that is used in most thanksgiving seasonings can end up messing with your pets’ nervous systems and digestive tract. 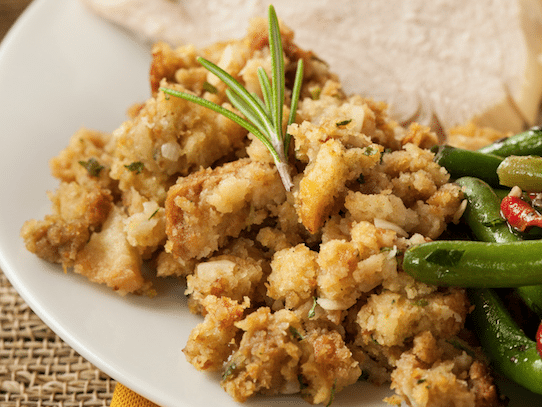 Turkey Bones: While it is a no brainer that dogs love chewing bones, it is important to ensure that they do not get their paws on the wrong kind that ends up splintering into shards and wreaking havoc on their intestines, throat and mouth. Cooked turkey bones are a big no when it comes to the potential harm that they can cause in your four-legged pal by inducing indigestion, vomiting and bowel obstruction. When ingested whole, a turkey bone can even end up puncturing your pet’s intestine and causing serious abdominal infection that can eventually turn fatal.

Ham: A majority of pork products including ham have been known to wreak havoc on animal’s digestive systems causing severe diarrhea, vomiting, upset stomach and even pancreatitis. Also, since pork is extremely rich in fat, even small amounts of it can supply a very large number of calories and cause obesity in dogs and cats.

Chocolate Desserts: Apart from the quintessential Thanksgiving sweet treat, Pumpkin Pie, there are several families that also like to serve a variety of chocolate desserts to their guests. And while your furry little friend might simply adore the smell of it, chocolate is one of the most toxic substances that can be extremely hazardous when ingested, even in small amounts. The darker chocolates with higher cocoa content are more hazardous as compared to the lower concentration milk chocolates.

Mashed Potatoes: In case your pet is lactose intolerant, feeding him even a small serving of mashed potatoes can end up upsetting his stomach and causing severe diarrhea. While the major ingredient of the dish comprises potatoes that in themselves are not harmful for pets, the milk and butter added to create a rich creamy texture for mashed potatoes can be really toxic for both your feline and canine companions. Also, a lot of people like to season their mashed potatoes with garlic or onion powder that are both potentially hazardous for consumption by pets.

Salads with raisins and grapes: From the Ambrosia salad to the waldorf and even your regular fruit salad, there are a lot of Thanksgiving preparations that essentially comprise of grapes and raisins and can be extremely harmful when consumed by pets. While grapes can end up causing irreversible damage to your dog’s kidneys, raisins can also be extremely toxic and even fatal when consumed in large quantities. 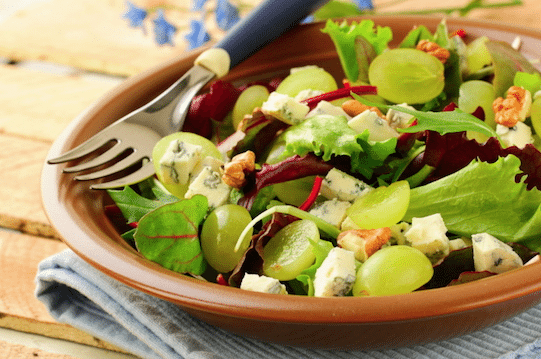 Macadamia Nuts and Walnuts: While it is okay to feed you pets certain types of nuts in moderation, macadamia and walnuts are essentially a big no-no when it comes to saving your dogs and cats from any post Thanksgiving illnesses. While Walnuts contain mycotoxins that can cause neurological problems such as seizures and also induce gastric disorders, the macadamia nut has been found to cause excessive lethargy, vomiting and even certain neurological symptoms among cats and dogs. Also, given the fact that most nuts contain high fat content, their regular consumption in excess can eventually cause a number of digestive problems including pancreatitis.

Sweet potato and Pumpkin Pie: Another irresistibly tempting goodie that is an absolute must on your Thanksgiving menu is the delicious sweet potato and pumpkin pie. And although the basic ingredients of this drool worthy dessert are not at all harmful for pets, the special spices including cinnamon and nutmeg that are generously incorporated to enhance the aroma and flavors of the pie can be a major cause for trouble when ingested by your four legged pals. Comprising of a toxin called myristicin, the nutmeg can wreak havoc on your pet’s central nervous system and cause neurological symptoms including seizures. On the other hand, the cinnamon when consumed in large quantities can cause severe medical conditions such as low blood sugar, vomiting, liver disease and diarrhea.

Cake batter and Bread dough: Both uncooked cake batters and bread dough contain raw egg yolks that can often harbor toxic bacteria such as salmonella and irreversibly damage your pet’s digestive systems. Also, since bread dough consists of yeast that rises under high temperatures, it can end up expanding in the animals’ GI tract and causing excessive pain, bloating and in more severe scenarios inducing gastric dilatation volvulus as well. In addition to this, the traces of alcohol produced on the fermentation of yeast can end up causing severe drops in blood pressure, blood sugar and often result in alcohol poisoning. 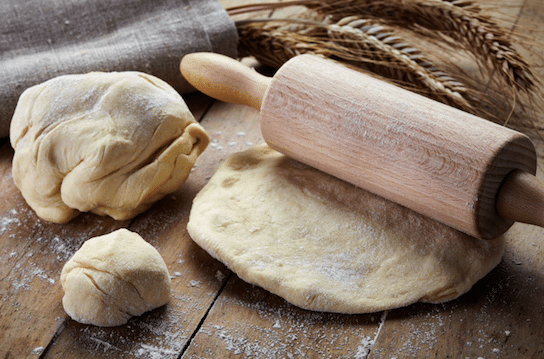 Share this story with fellow pet owners to let them know about these Thanksgiving dangers!